Devyani Kar is the coastal projects and programs manager for EDF’s Mississippi River Delta restoration program. She monitors and tracks priority coastal restoration projects from Louisiana’s Coastal Master Plan as they advance from feasibility and planning to engineering and design to construction. She is also chair of the projects and programs committee for the Restore the Mississippi River Delta coalition.

Prior to EDF, Devyani worked in the Louisiana Office of Coastal Protection and Restoration as a coastal resources scientist and manager, where she managed numerous coastal restoration projects starting from design until the end of construction.

Devyani has also worked in disaster and hazard mitigation and contributed to a number of publications, including FEMA’s Hurricane Katrina After Action Review, the National Plan Review to assess nationwide catastrophic planning efforts, Louisiana’s Hazard Mitigation Grant Program, and other local flooding and hazard mitigation plans.

Devyani has a Ph.D. in Oceanography from LSU where she studied the integration of paleotempestology with coastal risk and assessed the vulnerability of the coastal population in the Dominican Republic and Nicaragua. 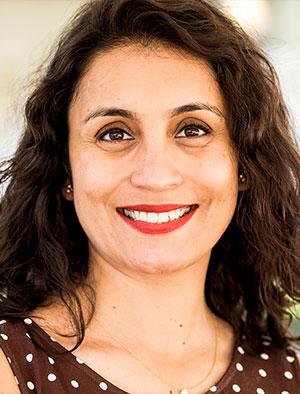