By Fred KruppFollow
Fred has been EDF's President for more than 30 years
Published July 9, 2013 in Climate 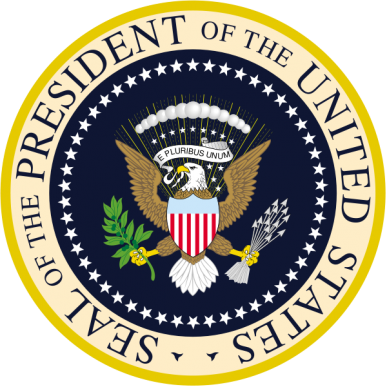 Here’s a sure sign the U.S. is starting to get serious about climate change: some newspaper columnists are playing Chicken Little again. The latest case in point is Charles Krauthammer, who used his syndicated column last week to claim that the Obama Administration’s sensible plan to reduce carbon pollution amounts to “economic suicide.” (“Obama’s global-warming folly,” 7/4/13).

Krauthammer is wrong. The sky is not falling. But let’s start with what he gets right, because that’s a measure of how the climate debate is changing. Krauthammer admits two important facts: climate change is real, and an international treaty to reduce the pollution that causes it is an important goal. Those are significant points of common ground from which to begin a discussion about solutions - a debate in which conservatives and progressives can both make important contributions. But that’s not where Krauthammer chooses to go. Instead, he seems more interested in attacking the President than dealing seriously with this global threat.

Krauthammer is smart enough to avoid the mistake of claiming climate change is a hoax. With the National Academy of Sciences and 97 percent of peer-reviewed studies endorsing it, and people across the country coping with the extreme weather events consistent with what climate experts have warned us about, denying this reality is no longer tenable. But since he needs a scientific-sounding basis on which to object to the climate plan, Krauthammer notes that some researchers are curious about slower rates of warming over the last 15 years. What he doesn’t say is that 13 of the hottest years in recorded history happened during that time. He also neglects to mention that those scientists in no way suggest that this very hot plateau undermines the need to take action.

In fact, while the rate of warming of the atmosphere has slowed over the past 15 years, the blanket of greenhouse gases has continued to thicken. Twice before in the past 100 years, longer slowdowns occurred and after each, the warming trend resumed at a faster pace than before. Several recent studies strongly suggest that this time will be no different, because the unrealized warming is being temporarily stored in the oceans. Krauthammer also dangles the fact that greenhouse gases emissions have been dropping in the U.S. recently. That’s true, and it’s due to slower economic growth and fuel switching from coal to natural gas. There is every indication that these effects are temporary and emissions will soon return to an upward trajectory.

The climate system may be complex, but the trend is inexorable. The world must act before it is too late.

American leadership is essential to global action. That’s why it is disappointing to read Krauthammer’s argument that because the U.S. can’t solve climate change on its own, we shouldn’t do anything about our part of the problem. Krauthammer is a dedicated internationalist who has spent decades writing about the necessity of American leadership. Suddenly, on an issue which will have such enormous economic and humanitarian costs, he decides America does not need to lead. He points to China’s growing pollution as an excuse for the United States to act passively.

Is there any other critical issue on which he would counsel to do nothing but wait for international talks? And his claims of global inaction are obsolete. He fails to mention that much of the world is actually moving forward - Europe limits greenhouse gas pollution, as does California. Even China is launching seven pilot cap and trade projects covering more than 200 million people. In all, one-third of the world’s GDP is produced in areas that are addressing this problem.

Finally, Krauthammer trots out some very familiar, and very tired, economic attacks. Every time the nation debates a major environmental policy, someone claims it will destroy the economy. That didn’t happen with the Clean Air Act or the Clean Water Act or any other anti-pollution law - in fact, economic studies show just the opposite: smart environmental policies encourage economic growth. And the Chicken Littles won’t be right this time, either.

As Krauthammer points out, there are lots of other problems in the world. That’s no reason for the president to ignore the problem of climate change. We hire presidents to do more than one thing at a time. With record heat, ever-stronger storms, and massive increases in insurance and infrastructure costs on the way, climate change is one big problem that we ignore at our own peril. The president has taken the common sense steps that are within his power to begin to address it, and that is something all of us should support.

When some one searches for his necessary thing, therefore he/she wants to be available that in detail, therefore that thing
is maintained over here.

I don't think we can continue to have economic growth and at the same time reduce greenhouse gases at the rate that is needed to save the climate.

Time for "growth" also to end, except to keep up with the present (hopefully) temporary continuing population growth in tropical regions. We must have redistribution of wealth without increased production of material things. Who will lead this transition?