Scientists are detecting a stronger link between the planet's warming and its changing weather patterns.

Though it can be hard to pinpoint whether climate change intensified a particular weather event, the trajectory is clear — hotter heat waves, drier droughts, bigger storm surges and greater snowfall.

The dangerous effects of heat waves, including death, occur as a result of both temperature and humidity — especially if those conditions persist for more than two days.

Higher temperatures also boost evaporation, which dries out the soil in summer — intensifying drought over many areas.

As more evaporation leads to more moisture in the atmosphere, rainfall intensifies. For example, we now know that the rainfall from Hurricane Harvey was 15 percent more intense and three times as likely to occur due to human-induced climate change.

We expect to see a higher frequency of Category 4 and 5 storms, also, as temperatures continue to rise.

Clouds that can dump a lot of rain are more common in a warmer atmosphere.

While scientists aren't certain about whether climate change has led to more hurricanes, they are confident that rising sea levels are leading to higher storm surges and more floods.

Around half of sea-level rise since 1900 comes from the expansion of warming oceans, triggered by human-caused global warming. (Like all liquids, water generally expands as it heats up.) The rest of the rise comes from melting glaciers and ice sheets. 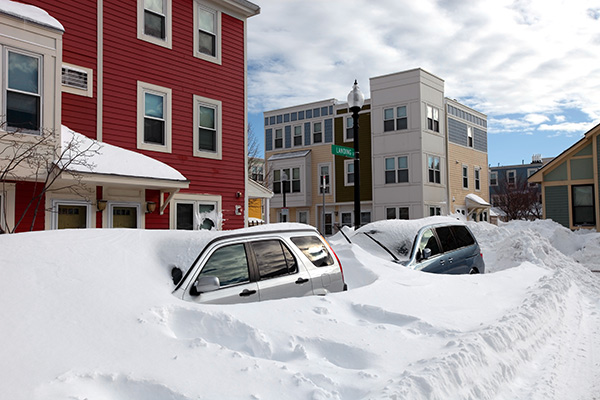 There is more moisture in a warmer atmosphere, which can lead to record snowfall.

It may seem counterintuitive, but the increase in snowfall during winter storms may be linked to climate change.

Remember — there is more moisture in the warmer atmosphere. So when the temperatures are below freezing, snowfall can break records.

And scientists are studying a possible connection between a warming Arctic and cold spells in the eastern United States. The idea is that a rapidly warming Arctic can weaken the jet stream, allowing frigid polar air to travel farther south.