Tragedy and transformation: Deforestation in the Amazon

About 15 percent of global greenhouse gas emissions come from tropical deforestation – more than from all the world’s cars, trucks and buses combined.

In fact, it’s fair to say that you can’t slow global warming if you don’t do the same for forest destruction. And that means preserving Brazil’s Amazon rainforest.

The Amazon contains roughly one third of the world’s remaining tropical rainforest, an area the size of the United States west of the Mississippi.

It stores some 120 billion tons of carbon, and about half of all the annual rainfall, trillions of tons of water, is transpired (think of a whole forest exhaling) by the forest back into the atmosphere. This affects rainfall as far away as Texas.

Scientists are concerned that if more rainforest is cleared, lower rainfall, combined with climate change-related drought could rapidly turn much of the remaining forest into savanna. That would release massive amounts of carbon into the atmosphere and accelerate global warming.

After years of destruction, hope

Until recently, the preservation of this vast rainforest – not to mention the existence of hundreds of indigenous people and a large percentage of the planet’s plant and animal species – looked like a hopeless cause. That’s because, starting in the late 1960s, Brazil began cutting down and burning forest at an alarming rate.

To date, it has cleared 18 percent of the original Amazon – an area the size of France.

This is very close to the 80-percent reduction rate that Brazil adopted in its climate change law – only the law gave the country until 2020 to reach that figure.

Brazil did this, in part, by creating national parks and recognizing indigenous lands over an area that was, yet again, the size of France. It also started to enforce its once-lax forest protection laws.

How carbon markets can save rainforests

There are lots of characters in this story – ranchers, farmers, environmentalists, government agents. But I think that to understand how Brazil managed to become the world leader in reducing deforestation, you need to know the story of my friend Krentoma.

I first met Krentoma, a member of the Panará people – one of 238 indigenous peoples in Brazil speaking a total of 180 languages - in the early 1980s. I was living in his village in central Brazil, doing anthropological fieldwork.

Krentoma was one of the tribe’s leaders. He dubbed me kwaakriti, or “spider monkey,” the kind of mocking nickname the Panará love to make up for each other. 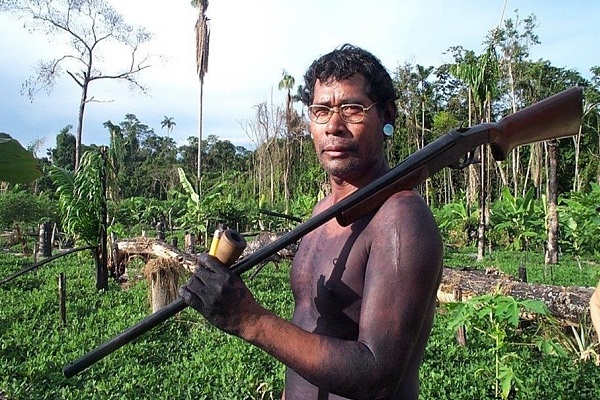 When he was a teenager in the late 1960’s, Krentoma made a living hunting and fishing with bow and arrow, and clearing forest with a stone axe to plant gardens. He and his people lived in one of the most remote parts of the Amazon, hidden from the outside world.

Then, in 1968, the government ran a road through the middle of their territory, and, as the Panará say, “everyone died.”

Disease killed at least two thirds of the population in the space of a few years, and the 79 survivors were relocated to a park reserved for indigenous peoples. The park was just a few hundred kilometers away, but from the Panará perspective, it might as well have been on a different planet.

I do not disagree with your observation re tropical rainforests, but surely the problem began earlier, with the world-wide destruction of forests to create farmed land, and widespread urbanisation to sustain an increasing population. Perhaps, 1,000 years ago, natural CO2 emissions (principly volcanic) were “in balance” with global forestation, and it is the loss of carbon sinks and population growth — rather than just the use of fossil fuels — that are responsible for the doom and gloom prognostications of the IPCC?

The government ran a road through Panará's territory to give access to miners, loggers and farmers.
CIFOR