EDF's new Houston pollution analysis illustrates where dirty air accumulates in local communities. Using two Google Street View cars, EDF drove 32,000 miles across 35 neighborhoods, measuring black carbon, nitrogen oxides and fine particles to paint a vivid portrait of air quality in this city known for its mix of industry and lack of zoning. This new air pollution map of Houston is one of the most comprehensive in the United States of its kind to date.

Our analysis of 30 million time-stamped measurements pinpoint where and how polluted certain parts of the city are in comparison to city-wide averages. In fact, some neighborhoods have more than 9 times more on-road air pollution than their metro area counterparts. By combining this analysis with population and health data, we get a better sense of who is most impacted, ultimately helping advocates, public health officials and city leaders as they prioritize areas to monitor where they can reduce pollution.

Where we live matters. In Houston, industrial sites locate within neighborhoods, and the heavy-duty truck traffic they attract pollutes the air around homes, schools and childcare centers. This can have dire impacts on community health. 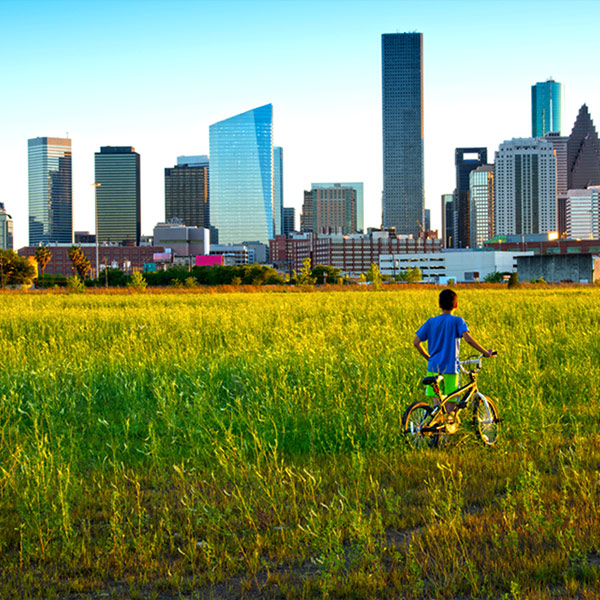 Our local partners work for clean air in the Houston region »