Why are floods hitting
more places and people?

Two things are behind the rise in flood disasters.

#1: #1: Global warming from climate change means more evaporation and more moisture in the atmosphere, so in areas where it rains, rain can be intensified.

Every 1 degree F rise in temperature can mean 4% more water vapor in the air. And since average surface temperature was more than 2 degrees F warmer in 2020 than it was a hundred years ago, there can be nearly 9% more moisture in the air — and clouds. 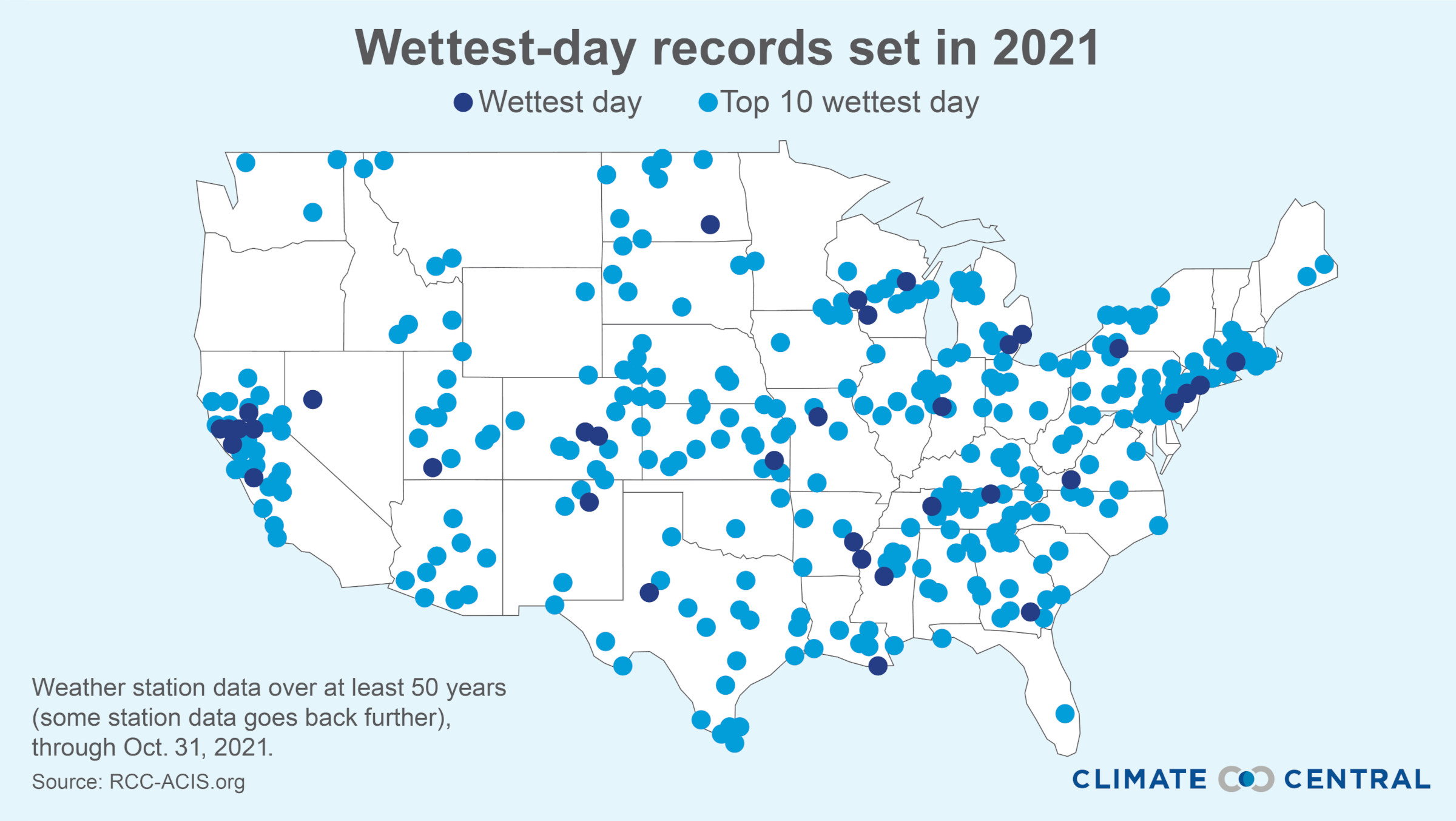 Used with permission from Climate Central.

#2: Our roads, sidewalks, buildings, shipping canals, dams and agricultural practices have eliminated many natural landscape features that would otherwise slow rainwater’s path across the land and absorb it deeply underground.

With so many of these natural landscape elements now gone due to development, both inland and along coastlines, more rainwater remains unchecked and unabsorbed at the surface, turning life-giving rains into devastating floods.

Plus, more people are building on and living in areas where flooding is inevitable. So it’s essential to make accurate, up-to-date flood-risk information widely available to help people avoid flood-prone areas — and provide more government planning and funding for community recovery when disaster strikes.

Flooding by the numbers

Flood risk to people is rising

According to new research from NASA, the proportion of people across the globe living in flood-prone areas has risen by 20% to 24% since 2000 — 10 times greater than the number previous models had predicted, as climate change drives extreme rainfall, rising sea levels and more intense hurricanes.

Recent research from First Street Foundation points to “significant” increasing flood risk over the next 30 years along the U.S. Atlantic and Gulf Coasts and a “large” jump in risk for the Northwestern U.S. 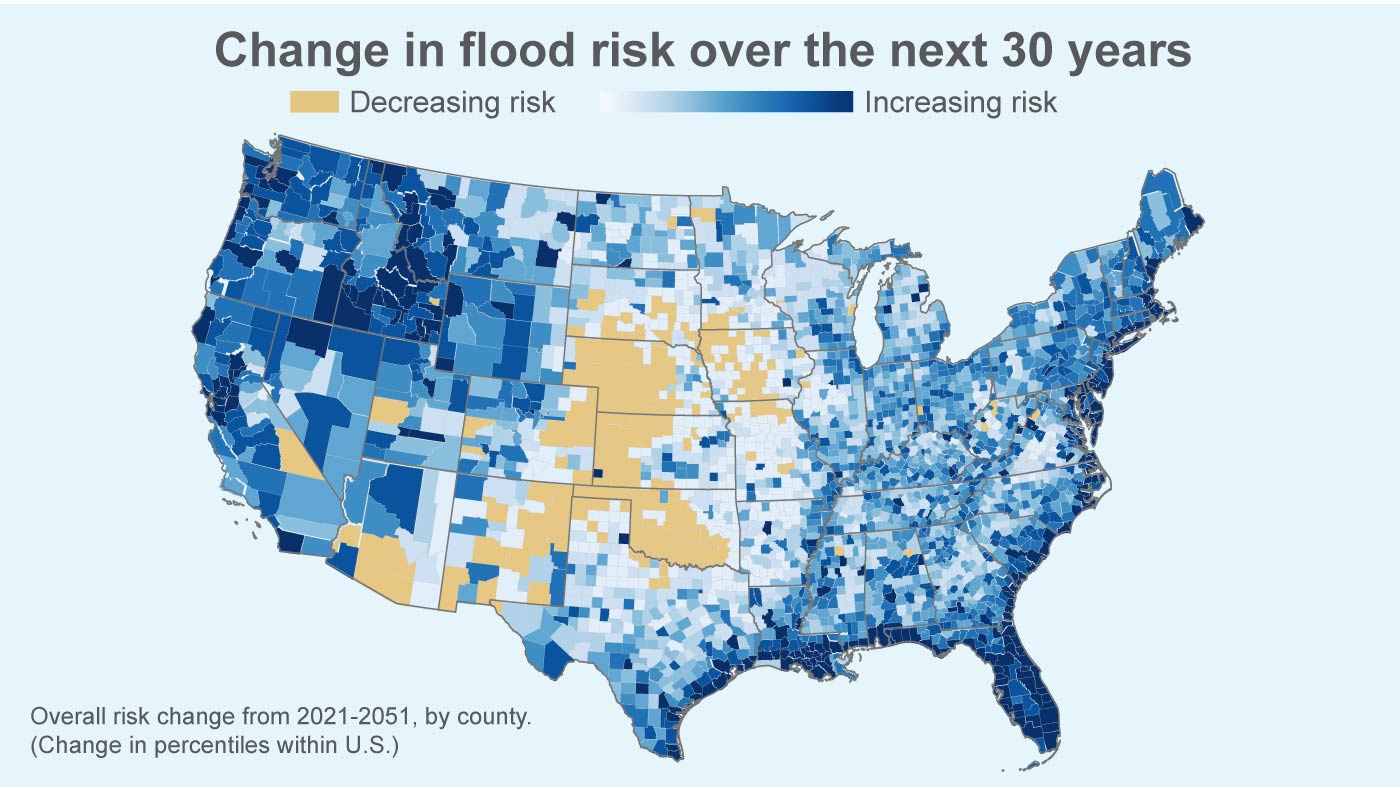 Here’s what we need to do

To protect people from these growing flood risks, we must:

1. Slow warming and stabilize the climate.

While we address fossil fuels, deforestation and transportation, we must also slash methane pollution, which has more than 80 times the heating power of carbon dioxide for 20 years after its release.

EDF scientists have found that a rapid, full-scale effort to cut methane could slow the speed of the planet’s warming by as much as 30% before midcentury.

In addition to cutting CO2 and methane, we need to support soil’s powerful ability to store the carbon that plants pull from the air.

Plus, fungi — along with microbes, insects and worms — make soil aerated, spongey and rain-absorbing. So creating conditions that allow underground life to thrive is a double win: It boosts soils’ ability to hold both carbon and water.

From rural areas to agricultural lands to coastlines to people-packed cities, nature offers a variety of ways to give water somewhere else to go besides homes, businesses, crops and overburdened sewage systems, including: 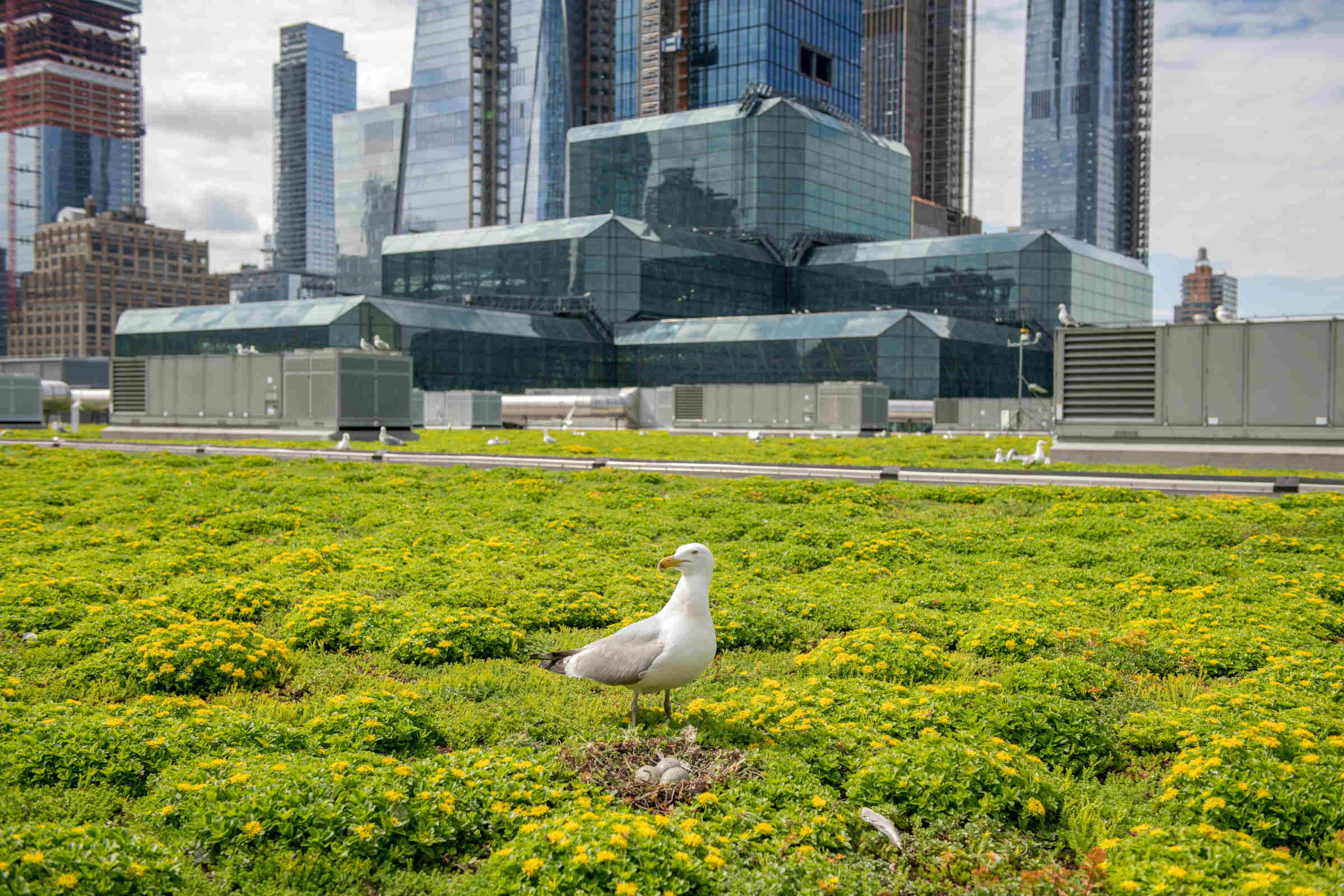 The green roof atop New York’s Javits Center spans 6.75 acres. Since its debut in 2014, it has kept nearly 50 million gallons of stormwater out of the city’s streets and sewers. It’s also home to 35 bird species and 5 bat species. (Stats and photo: Javits Center)

Now is the moment to act

The solution to much of the flooding we face is not easy, but it is simple: Give floodwaters somewhere to go by incorporating water-absorbing landscapes everywhere — and give people the data they need to make informed choices and the help they need to recover.

Working with nature instead of against it harnesses a powerful ally as we make our way in this new world — helping us shape that world for the better.