Are record-breaking hurricanes our new normal?

Why climate change makes hurricanes stronger — and what we can do about it.

If it seems as though the most intense hurricanes happen more often than they used to, you’re right: The proportion of Atlantic Ocean hurricanes that are Category 3 or above has doubled since 1980.

And if you’re wondering how climate change has contributed, consider this: Over 90% of the heat trapped by greenhouse gases has been absorbed by the world’s oceans.

These shifts are making hurricanes stronger, wetter and more likely to intensify rapidly, unleashing record-breaking downpours with little time for communities to evacuate.

Hurricanes by the numbers

The most cost-effective protection we have against hurricanes is restored natural infrastructure: the coastal marshes and forested swamps known as wetlands, plus the barrier islands and oyster reefs found in some coastal landscapes.

Coastal wetlands are a double whammy against super storms because they absorb and store carbon from the atmosphere to stabilize the climate, reducing flood risk, while also slowing and lessening storm surge, reducing flood damage. 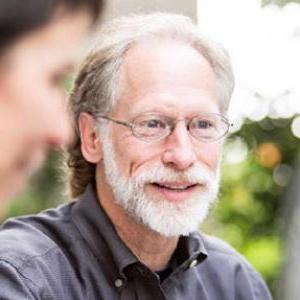 Why coastlines are more vulnerable now

Loss of wetlands is a big reason why coastal communities are more exposed to storms than they once were, just as more dangerous storms are on the rise.

A key example: the high walls and embankments the U.S. built 100 years ago along the Mississippi River in an attempt to control flooding.

These levees cut off the river’s connections with its surrounding wetlands, which ended the continuous deposits of sediment that had created the Mississippi River Delta.

Since the 1930s, Louisiana has lost 2,000 square miles of wetlands — an area the size of Delaware — that once provided a vital buffer against hurricanes, as well as habitat for wildlife, birds and fish.

Now, large-scale, government-led coastal restoration projects are underway to reconnect the Mississippi River with its wetlands so that river water — and its sediment — can once again flow in to rebuild these natural barriers.

What needs to happen next

To protect communities from intensifying hurricanes, we must make restoring wetlands on all of our coasts a national priority.

Congress can begin by fully funding the tens of billions of dollars of coastal restoration projects that are authorized but not yet funded.

It’s time to put equity at the center of our nation’s flood risk strategy and better protect the 41 million people in the U.S. who live in coastal or river floodplains.