This is the third in a series of posts about leading women in the power, environmental science, advocacy, policy, and business sectors. Each entry stands on its own, and you can view the first post here.

For many communities across the country that remain overburdened with pollution, the promise of clean energy and livable cities is far from fulfilled. From Los Angeles to Atlanta, people aspire to live in clean, vibrant environments where their children can grow up healthy and safe.

Women often play a unique role in grassroots organizing, and they gain followers by connecting people’s aspiration for a more thriving community with the vision for a low-carbon, sustainable economy.

I recently met two such activists who possess the passion, charisma, and savvy needed to make sure that their communities are not left out of the clean energy revolution. They work tirelessly to bring the benefits and opportunities of this rapidly growing economy to the places where they live.

Veronica Padilla, executive director of Pacoima Beautiful, has dedicated her career to the nexus between urban planning and environmental justice in the industrial suburbs of Los Angeles’s Northeast San Fernando Valley, one of the most polluted regions of the state.

Veronica’s journey as an advocate for her community began with a move across town to study at University of California-Los Angeles, where she quickly observed a significant decline in “graffiti and allergies.”

I learned that you can be vocal about these issues, but my community wasn’t as vocal as it could be.

Through her studies and own personal experience, Veronica began to identify just how disproportionately her community was affected by pollution because of how industrial facilities had been sited – near homes and schools.

It was eye-opening, she notes, to see “the challenges facing my own community.” Consequently, she changed her plans from going to medical school to focusing on urban planning.

“I learned that you could be vocal about these issues, but that my community wasn’t as vocal as it could be,” she says.

Now, Veronica continues Pacoima Beautiful’s legacy of female leadership, working day in and day out to elevate the voice of her community for a healthier and more equitable Pacoima.

Demonstrating the power of partnerships, Pacoima Beautiful joined RePower LA and other groups to help the Los Angeles Department of Water and Power transition away from coal and lead the city into a clean, more efficient future. It will help people save money on energy bills and create local green jobs.

Across the country, Felicia Davis has also been an inspiration to the environmental and social justice movements for more than a decade. As the director of the Building Green Initiative at Clark Atlanta University, she has put Historically Black Colleges and Universities (HBCUs) firmly on the clean energy map. 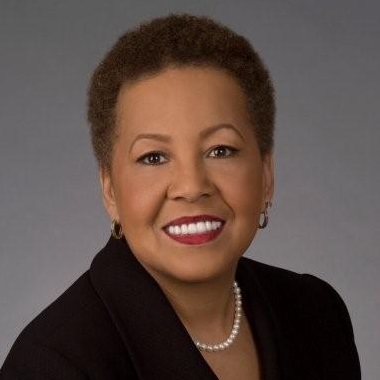 “I started working on climate justice with Ozone Action in 2000 and always felt that HBCUs could make a quantum leap to clean energy,” she recalled. “When the United Negro College Fund began crafting a green infrastructure program the synergy was irresistible.”

Felicia has long been a defender of the environment. As the Georgia Airkeeper and then director for Mother’s and Others for Clean Air, she mobilized the African-American community against air pollution from coal-fired power plants.

“Climate change has real impacts,” she says. “I think I do as much as I can do to promote clean energy and ratchet down emissions. In the South, this is no small task.”

Historically black universities tend not to be included in mainstream reports such as the Princeton Review Guide to Green Colleges, so Felicia and the Building Green Initiative created their own survey, proving that HCBUs can compete with the best.

Much of the joy Felicia derives from her work comes from increasing student engagement, where gender plays an important role.

It’s not just about equality, it’s that women are needed.

“We’ve reached a time where, in the absence of some enormous innovative talent, our nation is in a decline that it might not emerge from” she says.

Both Felicia and Veronica believe that feminine thinking brings a new gender perspective and new kind of creativity to the table. And for women who may think they don’t have what it takes, Felicia offers this piece of advice for those who want to enter the clean energy field:

“Fearlessness means you’re not worried about failing,” she says. “And when you do step off that edge, know that…we’ll appreciate you, catch you, and applaud you.”

A section of a Keep Pacoima Beautiful mural that pictures solar cells behind a bright light bulb that doubles as the sun.