The President takes the lead on climate change

By Fred KruppFollow
Fred has been EDF's President for more than 30 years
Published June 25, 2013 in Climate 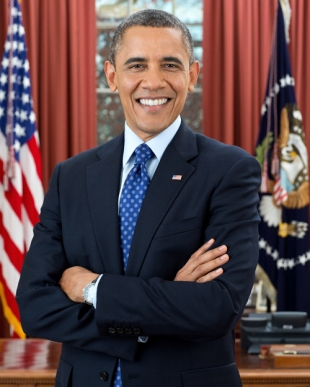 Today President Obama took an important step toward meeting the promise of his inaugural address to "respond to the threat of climate change, knowing that the failure to do so would betray our children and future generations."

In a Climate Action Plan announced at Georgetown University, the President laid out his vision for putting in place common sense policies that will cut carbon pollution while driving innovation, cutting energy waste and energy bills, creating jobs, and protecting public health. The President's Plan pledged to:

The President's decision to focus his administration on addressing the serious problem of methane's contribution to climate change is an additional, welcome part of his announcement.

He is in step with most Americans, who have moved past the old debates about climate change and are now dealing with the impacts. Reducing carbon pollution will help drought-stricken farmers in the Midwest, coastal residents from Florida to Connecticut rebuilding after storms, communities ravaged by wildfire in the West, children suffering from asthma, and taxpayers everywhere who have to foot the bill for the impacts of climate change.

Most Americans would be shocked to know that there are no current limits on carbon pollution from power plants. By setting the first standards in history for carbon pollution from power plants in the United States – which produce 2 billion tons of this pollution each year, or about 40% of the nation's total – the President will help modernize our power system, ensuring that our electricity is reliable, affordable, healthy and clean. He can do so in a way that can give industry the flexibility it needs to make cost-effective investments in clean energy technologies.

I'm seeing plenty of reasons for hope these days. California recently put in place nearly economy-wide limits on carbon pollution – in the ninth largest economy in the world. Two weeks ago, the United States and China agreed to work together to reduce powerful greenhouse gases known as HFCs. And last week in the city of Shenzhen, the Chinese launched the first of seven emissions trading pilot programs.

But U.S. leadership is needed to help build on this progress and secure the reductions in carbon pollution scientists tell us we need at home and around the world. And the President today showed leadership, aligning common sense action with a vision of the future that will create a stronger America for our children and grandchildren.

We expect Members of Congress to strongly support the President. We know the usual naysayers will soon be claiming that we can't afford to deal with this problem. The truth is we can't afford not to. Those who oppose the President's actions today apparently want no limits at all on carbon pollution. That's a highly irresponsible position in the face of a scientifically established threat. In fact, failure to act now will only saddle our children's generation with huge additional costs. Those who say they are concerned about the burden of fiscal deficits on coming generations should also worry about the enormous, and growing, costs of climate change.

Thanks to the President, the days of silence and inaction on climate are over. This plan could become an important part of his legacy.

We still have a long way to go. Now it's up to all of us to join with the President in confronting the defining challenge of our time.

yes it's nice to find a solution to the climat change.

The economy of United States as well as its industry and forces can be felt worldwide and along with development we put into great risk our environment so the current president should take more efforts to keep our environment clean and intact for the next generations to come. gov car auction

Without this happening there would be no hope for our children http://www.roaringdomains.com

That of course, will turn out to be a time
consuming affair. If you are short on money and need the truck working again, then purchasing an alternative truck part may be your only option.
Due to the nature of the work that is performed of lifting people
and things, most knucklebooms and aerial lifts are constructed with
fiberglass casings around all of the mechanical parts.

In reply to Without this happening there by Mike Bennett

It would be wonderful to get to stop this, but the reality is not as easy as it seems ...
at least, as the President says, the days of silence and inaction on climate are over

Rhetoric on top of more rhetoric, with no hard goals and nothing new. The EPA has been able to regulate carbon since 2009. Any new regulations won't be implemented for probably a decade. Meanwhile it's full speed ahead on leasing gas, oil, and coal in the arctic and the west. And Keystone is still on the table. Please don't be suckered by pretty speechifying.

Who wrote about that this is a "solution to climate change?"
It is too late for a "solution." Just the increase of world population, with associated water needs, heating and cooking, deforestation, etc. nullify any idea of "solution". Ocean acidification is likely to be a terrific impact on the human species. The President didn't mention anything about the real future of climate on this earth.