How are our air and climate connected?

The local air pollution that chokes so many of our cities and the emissions that warm our planet are intricately connected.

Finding solutions that address both will help us all breathe easier.

The same threats harm our air and climate

Making electricity, hauling freight and manufacturing goods are just some of the ways we create air and climate pollution at the same time.

In particular, burning fossil fuels — in cars, power plants and factories — is both the largest source of air pollution and biggest cause of climate change.

And it's dangerous for our health: While emissions from burning fossil fuels warm the atmosphere, they also contaminate the air with small particles that can make us seriously sick.

Air pollution kills 5 million people around the world every year, as it raises the risk of heart attack, stroke, diabetes and respiratory disease.

How a warmer planet leads to unhealthy air

Why smog standards are important for our health

Ways we can improve our air and climate now

Sensors on top of city-owned vehicles in Houston monitor air quality block by block, in collaboration with EDF.

Because air pollution and climate change are connected, we have an incredible opportunity to fight both with the same solutions.

Increasing electric vehicle options, for example, can reduce transportation-related pollution, but it's critical that the electricity comes from renewable sources. We see great promise with electric buses and trucks.

Creating energy efficiency programs that include renewable energy can cut coal and natural gas power plant emissions while cleaning the air. There's progress in this area: The American Council for an Energy-Efficient Economy called 2019 a "whirlwind year for energy efficiency" at the state level.

Reducing leaks of methane from energy companies and local utilities can limit a major source of global warming that's often released with toxic air pollutants. Innovation is a key part of this goal, including our work with Google Earth Outreach to find leaks under our streets and sidewalks.

Lowering the amount of black carbon, or soot, through filters and other methods will help reduce a substance that is far more powerful at trapping heat than carbon dioxide (pound for pound) and can kill over time. Cities are taking notice. We're working with city officials to make block-by-block maps showing the problem.

Making the air-climate connection a priority

In 2019, 40 countries and 70 cities signed a commitment at the United Nations' Climate Action Summit to reduce air pollution from sources that also drive climate change.

And at the C40 World Mayors Summit, 35 mayors signed a declaration recognizing clean air is a human right and pledging to deliver clean air to their 140 million residents.

Focusing on local air pollution solutions and global climate solutions at the same time is efficient and smart. We must build on the momentum, for our health and the health of our planet.

This sensor technology is critical for tackling air pollution » 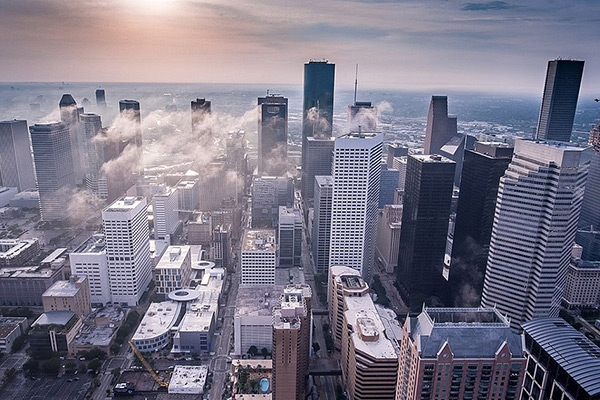