Wind turbine technician is on track to become one of the fastest-growing jobs over the next decade.

Despite shifting energy policy, the clean energy economy remains a big source of jobs – at 4 million, with wind and solar jobs outpacing those in coal.

And while changes to federal, state and local incentives and policies have sparked uncertainty, the job market is still set to grow as businesses and local governments build demand.

The clean energy workforce has skyrocketed in recent years, thanks to:

In this changing energy economy, we see clean energy jobs in every state, in four main sectors: 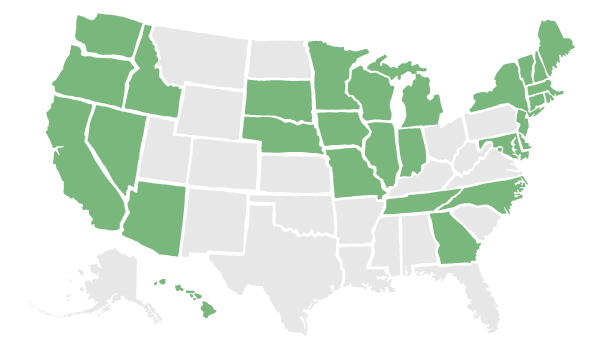 The 30 states in green show where wind and solar energy jobs outnumber coal and gas jobs.

The renewable energy sector employs 777,000 people, roughly the same as the U.S. telecommunications industry. Bioenergy – which comes from organic material – remains the largest employer, while the solar industry is second.

The most rapid renewable energy job growth has come from the solar and wind sectors, which rose by 24.5 percent and 16 percent, respectively, from 2016 to 2017. Solar and wind energy jobs outnumber coal and gas jobs in 30 states, including the District of Columbia.

The coal industry, which has been declining, now employs 160,000 workers, less than a quarter as many Americans as the renewable energy industry.

Energy storage systems help ensure that we get the energy we need when we want it, and make it easier to use renewable energy in our homes and on the power grid by balancing out the effects of a cloud moving over a solar panel or the wind dying down. 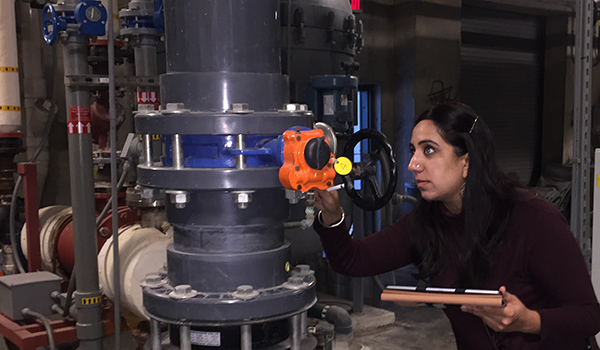 Energy efficiency jobs make up most of the U.S. clean energy workforce – at least 2.2 million workers.

Even in states with major fossil fuel industries, energy efficiency employment rivals oil, gas and coal. Kentucky, for example, has an estimated 24,000 workers in energy efficiency, compared with about 12,200 in coal.

This sector employs 174,000 Americans who develop and make electric vehicles, including electrical and mechanical engineers and assembly line workers.

U.S. automakers are making commitments to invest more. For example, in early 2018 Ford released plans to invest $11 billion over the next five years and offer 40 different hybrid and fully electric vehicles by 2022. 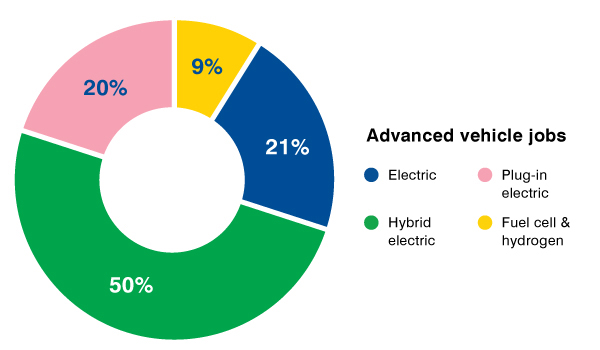 The outlook for some sectors – particularly solar – has started to show the effects of an increasingly uncertain policy environment, such as slower growth.

But we’re still seeing strong support for the clean energy economy. A wave of investments and commitments from governments, nonprofits and businesses have fueled progress, boosted local economies and supported millions of jobs.

New technology is gaining momentum as solutions for today’s energy problems, and innovative collaborations between the private and public sectors are demonstrating the demand for a clean energy future.

"In demand" explores the growth of clean energy jobs in the U.S.