By Thomas Sterner
Thomas is a senior contributing economist working in close collaboration with our chief scientist and EDF's science team.
Published April 16, 2013 in Economics 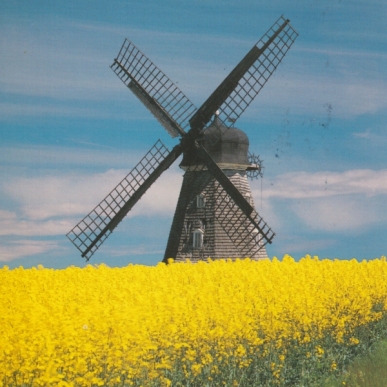 The Sunday Review section of The New York Times has the provocative title “Happy Taxes” and devotes three pages to death and taxes, which have been twinned in the American mind ever since Benjamin Franklin wrote that they are life’s only certainties.

What may have surprised many Times readers was that, according to a piece by Elizabeth Dunn and Michael Norton, countries like Sweden and the Netherlands with the highest tax progressivity also are the happiest. The authors do not necessarily claim a causal relationship but at least the data suggest that progressivity does not necessarily lead to unhappiness.

There was also a piece by Cass R. Sunstein, which looks at the considerable burden imposed by the state on the individual of filling in a complex tax return system. In the United States, an estimated 9.14 billion hours is spent every year by Americans on government paperwork, most of it for the Department of Treasury – which includes the I.R.S.

What has this got to do with carbon taxes? Quite a lot! Carbon taxes are one of two possible instruments urgently needed to deal with climate change. (Climate change will not be good at all for happiness and the best way to stop it is with a price on carbon – either through a tax or a cap-and-trade system.) Few countries have succeeded in implementing either so far.

France tried a carbon tax but, according to an analysis in a recent French Ph. D. thesis, by the time the lobbyists had finished with it, it was so watered down by exceptions and loopholes that, although passed by parliament, it was struck down by the constitutional court as being neither fair nor efficient in meeting its goal.

Cap and trade bills have suffered similar fates. Fossil fuel and other interests demand concessions that ultimately make the laws very complex. By the time legislators get to a vote, the length and complexity of the bill itself may become a reason for some to oppose it. This is of course deeply unfair to those trying to pass such legislation, but serves to illustrate the problems of policymaking in this area and the advantages of simplicity – if it can be achieved.

One of the countries that has succeeded in passing a carbon tax is Sweden and it is a very high one (over $150 per ton, compared with the $10 to $25 per ton discussed in the United States). Perhaps the most surprising thing is that most Swedes never think about it! It was passed and has been accepted politically in part because it was part of a general reform of the whole tax code.

Even Sweden’s carbon tax has a number of exceptions, but the overall package was popular: It lowered total taxes, lowered the top marginal tax rates and simplified the tax scheme by removing all the exemptions and deductions it used to have. Today most Swedes do their income returns quickly (many with a few clicks on their cell phones) and pay a much lower income tax than before.

The tax system is simpler because you do not have to keep track of all the deductions. And yes, gasoline and heating fuel are expensive, but then again property taxes are simplified, inheritance tax and wealth taxes abolished and the burden of paperwork heavily reduced.

The end result? Swedes are on average happy. They are currently thinking more about the free time they have to enjoy the spring than the price of petrol.

My life has been mostly centered for the last 40 years on LAX. When LAX came to our community we were very innocent and we believed in all the wonderful things they promised. We lost the innocence very fast when the North Complex stop being used for emergencies only and became a full operational complex, many times with much higher traffic than the South Complex. The homeowners complained and with a simple law-suit and the help of morally twisted politicians 50,000+ families were evicted.

Every time I hear about communities fighting against mining in their area I cannot help but feel sorry for them. It is not only coal but any type of ore that can be mined with profit by a group of investors regardless of the amount of ecological damage their activity generates.

They must pay taxes and even higher ones for the enviromental disaster that they create with consequences that will need - in most cases-very long time to remedy and with a very high cost for all of us, the tax payers.

They do not deserve any deductions (loop holes) because of the damage to the soil, the water, the health , the ecosystem in general not only of their immediate neighbors but of far removed communities.

We should punish the politicians that fight in favor of these corporations making them directly participants on the costs to correct the damages. As long as we do not implement a system to make them feel the pain we will not be able to correct the root of the problem.

The world is over populated and extreme measures must be used. Why?
Because shame is not anymore a tool. Get them where it hurts, the pocket.

Our strength is in the numbers. Our society is being handle by a small group that uses puppets to do their dirty job. Make the position of these puppets public and demand them to pay for their decisions.

Maybe I sound like a fool but if we know what is really going on behind close doors and we do nothing, we do not have the right to complain.

Get the coal mining to pay for their faults with high taxes and heavy EPA enforcement. Thank you.