By Fred KruppFollow
Fred has been EDF's President for more than 30 years
Published March 28, 2013 in Energy 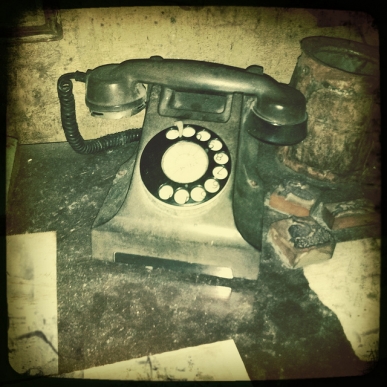 When I was growing up, telephones came in three rotary styles: wall, desk and princess. This amazes Americans who came of age after 1984, when the federal breakup of the AT&T monopoly unleashed a wave of innovation that — in tandem with some smart federal policies — led to advances like voicemail, smartphones, and hundreds of thousands of apps.

Think of our nation’s antiquated energy system as the Ma Bell of the 21st century. In fact, since 1882, when Thomas Edison switched on the world’s first commercial generator in downtown New York, the electric grid has been a rigid, one-way path from power plants to consumers.

It’s a system that has grown more fragile with age.

The Lesson of Hurricane Sandy

The grid’s inadequacies became painfully obvious when Superstorm Sandy slammed into the East Coast. Thousands of homes in New York and New Jersey went dark. In Maplewood, NJ, my parents, both in their 90s, were without power or heat for ten days. A mile away, in South Orange, Ginny Brown had rooftop solar panels. But thanks to obsolete government regulations, they were useless since the panels shut down whenever the electric grid fails.

Clearly, the 21st century grid must be more flexible, resilient and interactive.

Some states already get it. Recently, I was asked by New York Gov. Andrew Cuomo to serve on a commission to recommend ways to make the state’s energy system more resilient. Our report included many EDF ideas, among them ways to make the electric grid more open to localized power sources like rooftop solar and plug-in hybrid cars.

Nationwide, we’ve got to clear out the regulatory cobwebs that stifle innovation and build a smarter grid that can quickly restore power after outages, help wean America off the dirtiest energy sources, and give consumers control over their energy usage.

A President Points the Way

President Obama gets it, too: in his State of the Union address, he challenged states to create plans for producing clean energy and promised to reward the best with federal research funds.

The president also needs to make good on his pledge to use executive actions to reduce carbon pollution. His best tool is the Clean Air Act. Under its authority, EPA is set to finalize a greenhouse gas rule for new power plants this spring, and should follow up with a proposal for existing plants, which are responsible for more than a third of U.S. greenhouse gas emissions.

There’s no need to be stuck in a rotary-phone world.

I've seen lots of those type of telephones. Nowadays, people are more comfortable with new and latest gadgets like telephone. Even keyword has their own styles and I am just amazed how they brought comfort to human. I still prefer the natural ways.