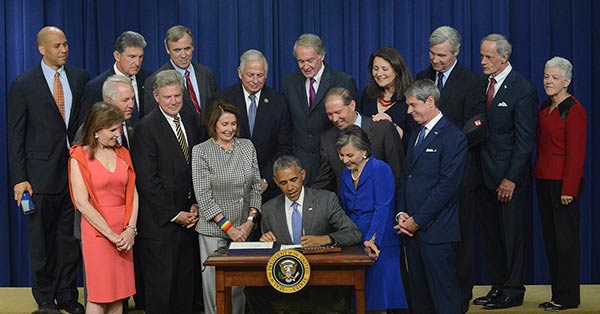 For decades, the Toxic Substances Control Act of 1976 had proven ineffective at ensuring the safety of the chemicals used in everything from household cleaners to clothing and couches.

Notable improvements in the law

The Lautenberg Act gives the EPA the tools necessary to ensure the safety of chemicals and significantly strengthen health protections for American families. Notably, the law:

A primer on the new TSCA [PDF]

The long road to reform TSCA

For more than a decade, EDF's experts pressed for reform, issuing a series of groundbreaking reports and papers and using EDF's chemicals blog to provide our perspective on current issues and developments on chemicals policy reform.

Major advances in chemicals policies in other parts of the world and in U.S. states over the past few decades left the U.S. behind in the increasingly global chemicals economy. This updated law holds the promise of bringing U.S. chemicals policy into the 21st century — but only if it is implemented in a health-protective manner. For four long years it suffered serious damage under the Trump administration.