This new approach to farming is transforming agriculture

How emerging technology led to a new conservation solution on farms.

A new generation of tech-savvy, data-hungry young farmers have reinvented large-scale agriculture. By analyzing data gathered from sensors, tractors and satellites, today’s farmers are able to track crop health, make planting decisions and guide fertilizer use to improve the efficiency of their businesses like never before.

This approach — known as precision agriculture — has been especially helpful in tackling fertilizer loss, a particular concern for farmers, as nitrogen fertilizer is one of their biggest expenses. It’s also a major contributor to water pollution and climate change.

So EDF scientists and economists took a closer look at the problem, and discovered that this drive to reduce fertilizer costs could be transformed into a powerful force for protecting the environment.

Harnessing the market for lasting change

A cornerstone of this new strategy is equipping farmers with the tools that work. Farmers face mounting regulatory and market pressure to make their operations more sustainable, and technology is creating new economic and environmental opportunities for agriculture.

EDF research has shown that precision nutrient management — paired with cover crops, natural buffers and wetlands — is key to reducing the environmental impact of fertilizer. A new wave of data analytic tools and internet-of-things devices makes it easier to achieve that precision.

We’re trying to reduce the total number of nitrogen units that we apply, but more importantly, we want to avoid losing fertilizer to the environment.

“We invested in technologies and software to help us understand every detail about how our grain is grown,” says Scott Henry, a 28-year old farmer in central Iowa, about the modernization of his own farm. “Today,” says Henry, “we can write prescriptions at a granular level for an individual field.” 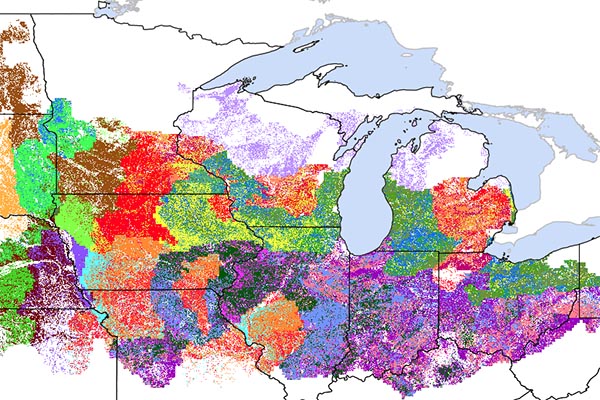 NutrientStar map showing where the soil and climate are comparable (areas with the same color), places where a fertilizer management product could perform similarly.

One of the tools Henry uses analyzes soil, topography and farming practices to recommend the best location for buffer zones — unfarmed areas that prevent fertilizer runoff into streams. Another recommends the optimal quantity and timing of fertilizer application.

As the market for nutrient management tools grows, established players and Silicon Valley startups are making bold claims about their offerings. But without scientifically backed, independent data, changing nitrogen use is a risky decision for farmers who rely on it to grow their crops. What farmers and their advisers really need to know is which tools will work for them.

NutrientStar shows what works, where

So in 2016, EDF launched NutrientStar, an independent, science-based program that rigorously tests and reviews the performance of commercially available nutrient management tools. It’s like a ‘Consumer Reports for agriculture,’ with results that are freely available for anyone to use.

If you’ve got something to sell, give me data that shows it works for me.

NutrientStar gives farmers an alternative to relying on marketing materials alone. It lets them know which tools have been tested on which crops, where each tool was tested and what the impact was on yield, fertilizer efficiency and profitability. An independent review panel of respected experts keeps the results objective. 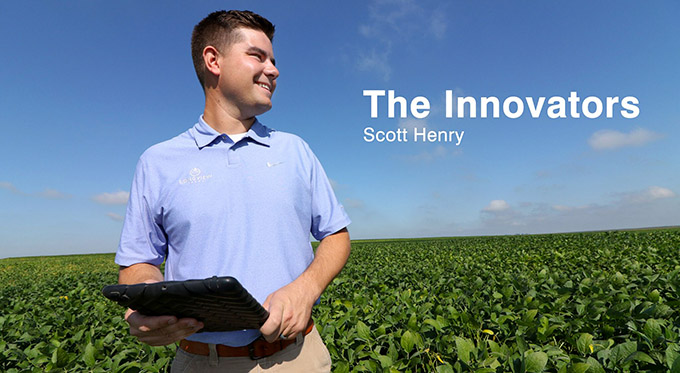 Advances in software and data analytics now allow farmers to calculate costs on every square foot of their farms with unprecedented accuracy, unlocking potential solutions for pest issues, soil health issues and more.

With more data sources coming online, NutrientStar promises to become even more powerful as a go-to resource for crop advisers in their work with farmers.

Helping farmers become more efficient while protecting their yields benefits our bottom line, and theirs.

For example, our collaboration with Smithfield Foods has reduced fertilizer loss and improved soil health on more than 400,000 acres in the regions where Smithfield sources feed grain — all while reducing water pollution and greenhouse gas emissions. Other partners include Land O’Lakes, Campbell Soup Company and the National Corn Growers Association.

Farmers like Henry work their whole lives to steward their lands and leave them in a better condition for future generations, and Henry himself is optimistic about the future. “Having everybody aligned within the chain, I think is huge.”

From local data to global impact

EDF’s approach helps craft markets in which everyone has an economic incentive to protect the environment, and this approach is reaping rewards.

We’re already halfway to our 2022 goal of securing commitments to improve fertilizer and soil management practices on 45 million acres, half of U.S. corn acreage — a tipping point that should accelerate further gains. And we're working with our partners to track progress toward implementing those commitments.

With 40% of the world’s land used for food production, wider adoption of these practices could improve water quality and reduce net carbon emissions on a worldwide scale, a big win for everyone.

We'll send occasional updates about developments in technology, science and the environment.

Farmer Scott Henry works with EDF in the field, entering plant health data on his tablet.