EDF's Economic Advisory Council, launched in September 2014, is comprised of some of the best minds and includes top academics, applied policy economists and practitioners. Together we can expand our impact. 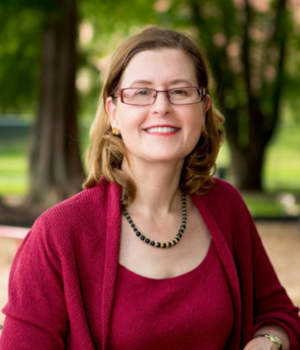 Janet Currie is the Henry Putnam Professor of Economics and Public Affairs at Princeton University and the Co-director of Princeton's Center for Health and Wellbeing. She also co-directs the Program on Families and Children at the National Bureau of Economic Research. She is a former President of the American Society of Health Economics, has served as the Vice President of the American Economics Association, and is a member of the National Academy of Sciences, the National Academy of Medicine, and of the American Academy of Art and Sciences. She is a Fellow of the American Academy of Political and Social Science, the Society of Labor Economists, and of the Econometric Society. She was named a Nomis Distinguished Scientist in 2018. Currie is a pioneer in the economic analysis of child development. Her current research focuses on socioeconomic differences in health and access to health care, environmental threats to health, and the important role of mental health. 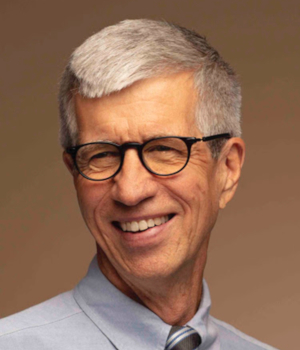 Kent is the Senior Vice Dean of Faculty Affairs and the Jean-Marie Eveillard Professor of Business at Columbia Business School. Kent has also been a faculty member at Northwestern University, the University of Chicago and the University of British Columbia, and served as a managing director, head of equity research for the Quantitative Investment Strategies group, and co-chief investment officer at Goldman Sachs Asset Management. He has both taught and published research in the area of environmental economics, and specifically on the topic of carbon pricing as a policy response to climate change. Kent's academic publications have received numerous awards. He has served as an associate editor for the Journal of Finance, as a director of both the American Finance Association and the Western Finance Association. 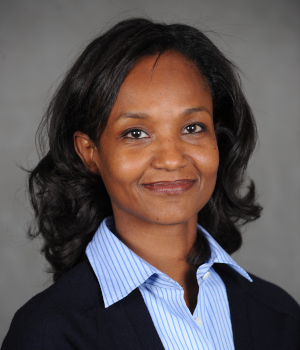 Nada Eissa is Associate Professor of Public Policy and Economics, and Research Associate at the National Bureau of Economic Research (NBER). From 2005-2007, she served as Deputy Assistant Secretary of the Treasury for Economic Policy. Professor Eissa’s research examines how tax and transfer policy affects work and family formation decisions, and in turn what these behavioral responses imply for how programs should be designed. Her current research has expanded into education; including evaluating the Washington D.C. Scholarship Program, the first federally-funded school-voucher program in the United States; and the impact of school choice on academic performance in public schools. Professor Eissa is a recipient of the National Tax Association’s Outstanding Doctoral Dissertation in Government Finance and Taxation (1995). She is also a member of the National Academy of Social Insurance. 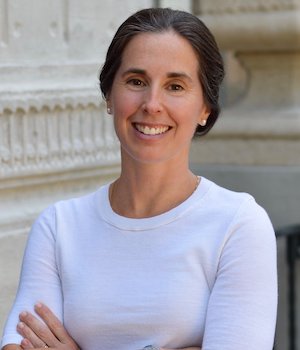 Meredith Fowlie holds the Class of 1935 Endowed Chair in Energy at UC Berkeley. She is an Associate Professor in the Agriculture and Resource Economics department, faculty co-director at the Energy Institute at Haas, an affiliated faculty of the Energy and Resources Group, and Research Associate at the National Bureau of Economic Research in the Energy and Environmental Economics group. Fowlie has worked extensively on the economics of energy markets and the environment. Her research investigates real-world applications of market-based environmental regulations, the economics of energy efficiency, the demand-side of energy markets, energy use in emerging economies. Her work has appeared in the American Economic Review, the Journal of Political Economy, Quarterly Journal of Economics, the Review of Economics and Statistics, and other academic journals. 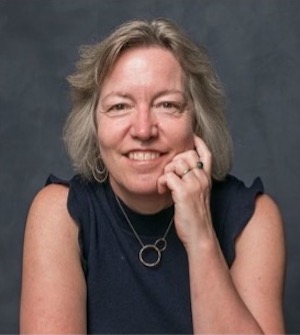 Catherine is a Tisch University Professor in the Dyson School of Applied Economics and Management and Faculty Director at the Atkinson Center for a Sustainable Future at Cornell University. She is past Director of the Center for Agricultural and Rural Development at Iowa State University where she also held the President's Chair in Environmental Economics. She was elected to the National Academy of Sciences in 2015. Kling has published nearly 100 refereed journal articles and books chapters which have received over 8000 (google scholar) citations and is the editor of the Review of Environmental Economics and Policy. She specializes in the economic valuation of ecosystem services and integrated assessment modeling for water quality modeling. 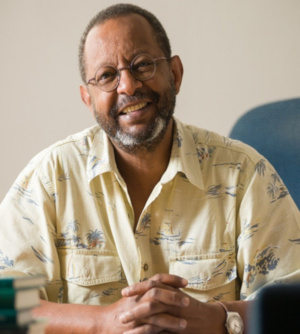 Rashid Mekki Hassan is Secretary General of the Higher Council for Environment and Natural Resources of the Government of Sudan and Professor Emeritus at the University of Pretoria. Formerly the Founding Director at the Centre for Environmental Economics and Policy in Africa (CEEPA) at the University of Pretoria. Hassan’s research focus is on natural resource and environmental economics, and optimization and modelling of economic systems. Hassan is an international member of the National Academy of Sciences (NAS) of the USA, and Fellow of the World Academy of Sciences (TWAS), the African Academy of Sciences, the Academy of Sciences of SA. Hassan has served as a member of several international, South African national boards, and science councils spanning food security and climate change, development policy (UN committee), and ecosystems. Hassan has contributed to informing key global environmental and development initiatives and processes, particularly in advancing the sustainable development agenda. 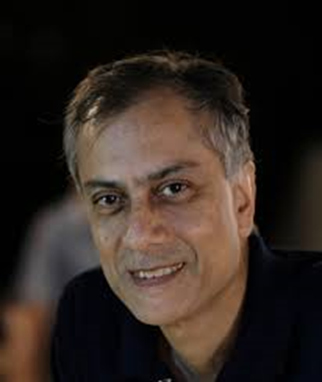 E."Som" Somanathan received a Ph.D. in economics from Harvard in 1995 and taught at Emory University and the University of Michigan at Ann Arbor before joining the Indian Statistical Institute, Delhi. He is currently a Professor in the Planning Unit. His research interests include development economics, particularly environmental problems and political economy, and the evolution of norms and preferences. He has written on the challenges facing India’s poor related to climate change, as well as the devolving control of central Himalayan forests of India and its effects. 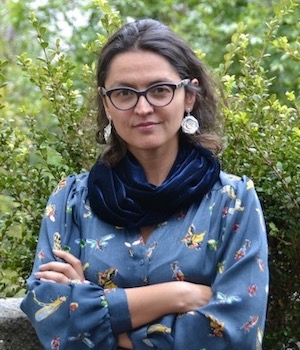 Director of the Center for Studies on Security and Drugs (CESED), Associate professor at the Faculty of Economics, Universidad de los Andes, founding member of the Center for the Sustainable Development Goals for Latin America and the Caribbean (CODS) and senior research fellow at EfD initiative. She is an economist from Universidad de los Andes and Ph.D. in Economics of Natural Resources from the University of Massachusetts, Amherst. She was an Associate Professor in the area of Socio-Environmental Sustainability at the School of Management, Universidad de los Andes (2008-2019). Her research focuses on governance and institutional design for natural resource management in rural communities of the global south. She is currently studying the design of payment for environmental services programs, the impact of collective property in the Pacific Coast of Colombia and the dynamics and expansion of illicit crops in Colombia. 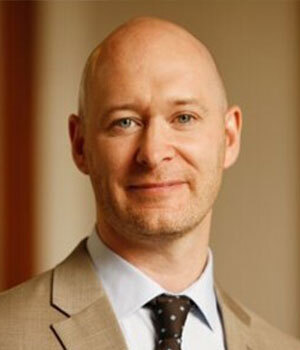 Edward F. Howrey Professor of Law at the University of Virginia and the director of the Program in Law, Communities, and the Environment (PLACE). His research focuses on environmental law, cost-benefit analysis and the application of data science techniques to legal texts. He is the author of dozens of academic works, which have appeared in top law journals as well as peer-reviewed legal, scientific, and social science journals. He frequently collaborates on interdisciplinary projects with researchers in other academic fields, including economics, computer science, neurology and the humanities. Prior to joining the faculty, Livermore was the founding executive director of the Institute for Policy Integrity at New York University School of Law, a think tank dedicated to improving the quality of government decision-making. 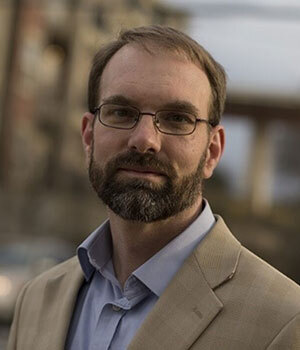 Professor in the Dept. of Economics at Georgia State University. He specializes in estimating household's values for non-market goods such as environmental quality. In related work, he has suggested ways to measure and construct indexes of ecosystem services. Two themes in Banzhaf's work are the distributional welfare effects of environmental policies and the interactions among local environmental amenities, local real estate markets, and the demographic composition and structure of cities. In particular, he has studied the way these social mechanisms interact to drive the correlations between pollution and poor households, as described by the “Environmental Justice” movement. More recently, he has focused on the bounds we can place on valuing environmental quality under minimal modeling assumptions. He also studies the history of environmental economics and policy. His main research area is energy markets, systems and infrastructure. Ruud has been working as an external natural gas market consultant with EDF since 2021.

Senior economic advisors are former Economics Advisory Council members who serve as valuable source of knowledge and wisdom for the Office of the Chief Economist.

This is an honorific title given in recognition and thanks for the members' active participation and continuing strong interest in the work of OCE. Senior Economic Advisors provide resources and act as connectors between the academic community and EDF. OCE stays in contact with Senior Economic Advisors for advice or connections related to specific projects.

The longtime EDF trustee had a lasting impact on the world. 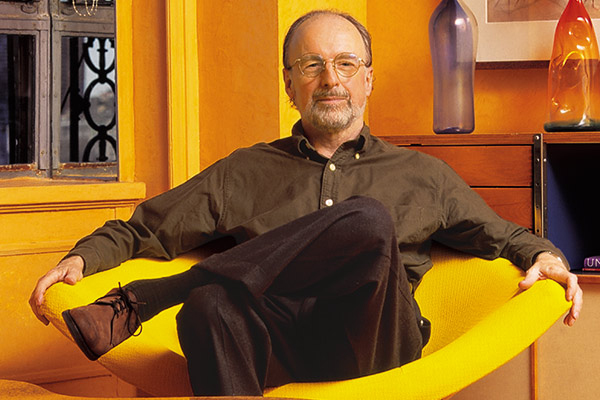