Even before the dire recent report from the UN Intergovernmental Panel on Climate Change, just the first half of 2021’s western U.S. fire season had made it clear that we’ve entered a new era.

Veteran firefighters have told us they’re facing unprecedented fire conditions. In fact, with wildfires happening year-round in much of the United States, the Forest Service is shifting to the concept of a fire year.

Wildfires by the numbers

Why are wildfires so much worse now?

Hotter temperatures that last longer are what climate change is all about. That heat evaporates more moisture from the soil, the plants growing in the soil, and even more so the leaf litter, branches, small downed trees and other decaying matter on the forest floor, turning them into kindling. This drying also makes trees more vulnerable to wood-eating insects, further weakening or killing them, which creates more fuel for wildfires.

Even worse, there’s growing evidence that climate change is shifting the jet stream in a way that can deflect rain clouds and storms away from the areas that need them most.

Hotter overall temperatures also mean less snow — over 20% less snow in the western U.S. than in the early 20th century — and winter snowpacks that melt about a month earlier than they used to, so forests are drier for longer.

In 1935, the Forest Service set a policy to suppress all fires. That has led to a buildup of flammable leaf litter, shrubs, small trees and dry grass in forests and woodlands.

Before the no-burn policy, frequent small fires removed debris without getting hot enough to endanger the larger, stronger trees. But with the unnatural buildup of debris from fire suppression — plus the intensified drying from climate change — when there is a fire, the extra kindling creates such searing temperatures that even trees that would normally survive have no chance.

There have been some efforts to reduce fire risk by removing excess brush and small trees and using controlled burns, but not enough. We’re now past the point where Western U.S. forests could have healed themselves if left alone, so they now need aggressive and consistent care. 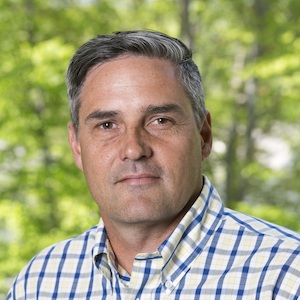 How can we cut the risk and severity of wildfires?

We must slow the heating of the planet by breaking the world’s dependence on oil and gas — and we must also do everything we can to slash methane emissions, which heat the planet even faster in the short term than carbon dioxide does.

Remove the buildup of dry fuel in western U.S. forests

Thinning, prescribed fire, brush removal and cleared strips of land that act as firebreaks can help prevent or slow the spread of the most catastrophic fires. Better management of fine fuels such as twigs, pine needles, dried grass and scrub is also essential to protect fire-prone communities.

Where fire-prone communities transition to wildlands, especially in areas that are difficult for machines and humans to access, carefully managed goats can efficiently and inexpensively remove flammable underbrush while also contributing needed nutrients and moisture to dry landscapes.

Dry vegetation removed by manual or mechanical thinning can be turned into useful products, such as engineered-wood building materials and, potentially, biofuels.

Responsibly removing small trees for sale could lead to millions of dollars in vital funding for restoration efforts, such as planting new trees, while creating good jobs in areas that sorely need them.