The life and work of an environmental pioneer

Chico Mendes and his colleagues were a tiny, marginalized minority in the 1980s, but their efforts brought them to power in parts of Brazil's Amazon by the end of that decade. Tragically, Mendes became world-famous only when he was gunned down for his work in 1988.

Mendes' legacy in Schwartzman's own words

Our work with Chico Mendes

More about our deforestation work 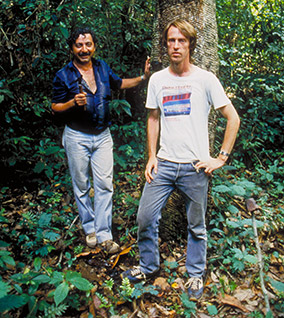