Are plastic-eating bacteria the solution to ocean pollution? It’s not that simple, science shows.

Recent reporting on the discovery and enhancement of plastic-dissolving enzymes in bacteria made me stop and think about what this might mean for the plastic pollution problem that is plaguing oceans and choking the world’s coral reefs.

While this development is interesting and draws necessary focus to an immense environmental challenge, it is premature to guess whether these kinds of enzymes might provide an effective silver bullet for treating plastics floating in the five great gyres of the sea.

There is so much more we need to understand about the complex relationships between plastics and marine ecosystems before we can take drastic action such as spraying the ocean with so-called plastic-eating bacteria.

Unknown and potentially hazardous side effects

First of all, it’s unclear whether this enzyme, or similar enzymes, are safe to use in widespread environmental remediation.

Using direct enzyme spraying – or microbes engineered to deliver environmentally active enzymes – widely in the sea presents all kinds of unassessed hazards. In general, such interventions have a long history of inducing underappreciated side effects, and we would be well-served to take it slow.

Plastics could be even more deadly than we realize today, which should also give us pause. Many types of plastics actively absorb highly toxic persistent pollutants such as PCBs, for example.

We know from our own work on reefs that floating plastics deliver disease-causing microbes to corals. Ecosystem and human health risks related to both floating and sinking plastics should be considered before any large-scale plan is employed to deal with floating or sunken plastics problems.

“Plastic-eating” bacteria are already at work

Another aspect worth considering: The untold millions of tons of plastic that ends up in the sea – and in landfills – have created an absolutely huge new food source for naturally existing, and very hungry, microbes.

In fact, some scientists think microbes eating plastic are already an important reason that the plastics numbers do not add up – the amount of plastic we see in the ocean is much less than the total amount of plastic calculated to have been piled and poured into it.

Similar “hydrocarbon digestion” was documented during the 2010 Gulf oil spill, for example, when a very large fraction of the oil was consumed by subsurface microbes. 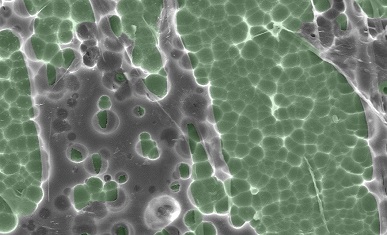 ”Enhanced enzyme” wasn’t designed for this

If oceans already contain all these microbes, what’s my hesitation with this new discovery? For one, the enhanced enzyme that made headlines this spring was actually not developed to eat plastic.

In fact, the main goal of the researchers was to identify and empower it for industrial application. The enzyme facilitates plastic recycling by breaking down some plastics – such as PET #1, for all of you recyclers – into chemical intermediates that can be recovered and turned back into plastic products.

This concept is a big deal from a global solid waste and landfill point of view, and I’m excited to see such research grow to help solve this problem. The better we can manage waste on land, the less will end up in the ocean.

Tackling the problem at the source

The first order of the day must therefore be to reduce our reliance on single-use plastics and to improve solid waste management systems globally.

Once we tackle the problem at the source, we can start thinking about directly addressing the remaining plastic pollution accumulated in ocean gyres and on the bottom of the sea. Until then, we still have a lot to learn and do.

We’ll send occasional updates about developments in technology, science and the environment.