Which toxic chemicals are in our daily life? These 5 people found out.

Every day, we’re surrounded by potentially hazardous chemicals we can’t see. They’re in the clothes we wear, the lotions we use, the couch we sit on.

While chemicals are a critical part of modern life, they are also released into the environment and can end up in our food, water, air and homes. Most of us never learn about these chemicals even though they can affect our health.

So we selected 10 individuals across the country who wanted to know more. For one week, they wore a novel wristband technology designed to detect chemicals in their environment. These wristbands are increasingly being used in research to better understand how chemical exposures may affect our health.

Here are the results from five of our participants:

1. This toxic pesticide was banned 30 years ago. So where did his wristband pick it up?

Gordon, a lieutenant at the Memphis Fire Department in Tennessee, was puzzled over just how his wristband came to detect 16 chemicals including gamma-chlordane, a highly toxic pesticide banned 30 years ago.

There were no fires to fight the week he wore the wristband. So Gordon wondered if he came into contact with these chemicals from a site visit to a location that once housed chemical stockpiles. Or maybe from his local auto repair shop, the nearby highway, or even his fire suit?

2. Were hazardous chemicals lurking in her shower? 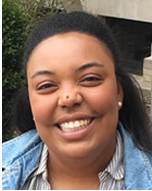 Averi, a student at The College of Wooster in Ohio, never thought much about the specific chemicals that make up her personal care products.

She was surprised to learn that her wristband detected the fragrance enhancer diethyl phthalate, the preservative benzyl benzoate, and the synthetic fragrance galaxolide. Such chemicals are typically found in lotions, shampoos and other personal care products and have been linked to health effects ranging from skin sensitization to endocrine disruption.

Indeed, the presence of such chemicals seemed to defy the whole purpose of personal care. “It struck me that I may be interacting with the most toxic chemicals when I am showering – in the place where I am trying to get clean,” Averi said, incredulously.

3. She tried her best to avoid harmful chemicals while pregnant, and yet some were detected

Kim, a dispatcher living in a big-sky country Montana, was eight months pregnant when her wristband picked up phthalates such as DEHP and DBP.

These toxicants, which are linked to reproductive toxicity, have been banned in the United States for use in pacifiers, toys and other children’s products – but continue to be legal for many other uses. Kim was surprised to even see a synthetic fragrance detected. ”With the baby, everything we use is fragrance-free,” she said with a frown. “I’ve done what I can to avoid them.”

4. “Wait – I can come in contact with toxic chemicals just sitting on my couch?” 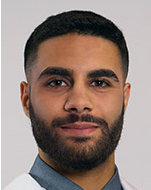 As a pharmacy student, Arsany has taken his share of chemistry classes. He just didn’t expect to run into toxic chemicals while relaxing in his living room.

Arsany’s wristband detected the flame retardants TPP and TCPP, chemicals often added to furniture and other everyday foam products, along with an assortment of other chemicals. The Rutgers University graduate student was baffled.

“I hadn’t realized that I could come into contact with harmful chemicals from simply sitting on a couch, or on a chair in class,” he said.

5. She spent years fighting toxic chemicals, but learned it’s hard to protect yourself 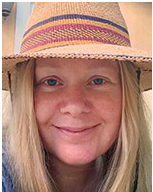 A chemical safety specialist at the University of Georgia, Star has dedicated her career to reducing Americans’ exposure to toxic chemicals.

She was alarmed to learn what her wristband picked up: several pesticides and an alphabet soup of phthalate plasticizing chemicals including DEHP, BBP, DEP, DIBP, DBP, DHEXP and di-n-nonyl phthalate. How could this be?

“I’m vigilant about reading labels, buying organic and avoiding chemicals,” Star said.  ”I was shocked by these results.”

The experiences of Gordon, Averi, Kim, Arsany, Star and the other participants in our wristband project tell us that we need to know more about the chemicals that surround us, not less.

Unfortunately, such public health information is in jeopardy if President Trump has his way and is allowed to cut the U.S. Environmental Protection Agency’s budget by 31 percent. The proposed reduction includes drastic cuts to chemical research.

The EPA has, and should continue, to play a critical role when it comes to advancing scientific understanding about the health risks chemicals pose to the environment and our homes.