This is our chance to drive progress in our lifetimes, while defending the safeguards that protect people and nature.

A welcome letter from our board chair and president

With your help, Environmental Defense Fund has successfully held the line against the Trump administration's attempts to roll back bipartisan environmental safeguards over the past two years. The makeup of the new Congress means there will be greater oversight of these protections. 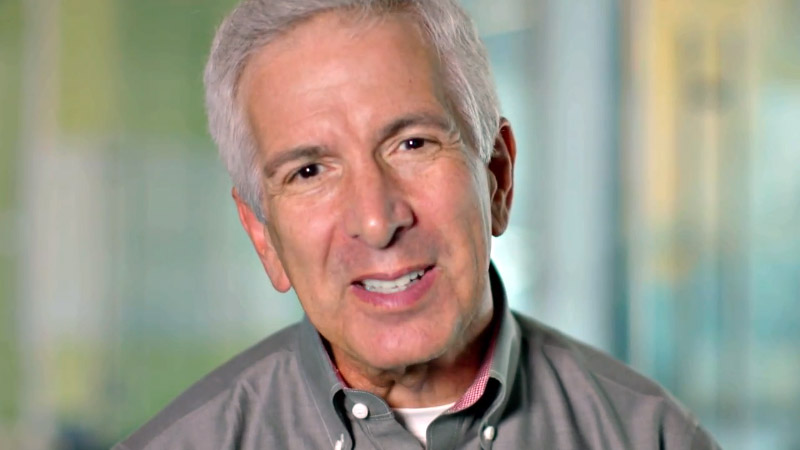 Video: EDF supporters made these critical victories possible in 2018.

But EDF has never been just about defense. We've never stopped making progress. And we're making progress today – with companies, states and other countries – thanks in part to innovations that are supercharging our ability to solve problems.

The stakes are high. Recent scientific reports show that air pollution is killing 7 million people a year, the world is losing wildlife and ocean life at an alarming rate, and the window of time remaining to avert dangerous climate change is rapidly closing.

In response, EDF has raised its ambitions. For example, we are preparing to launch a satellite to expose and reduce methane pollution, which causes more than one-quarter of today's global warming. Already, state action on methane has been prompted by the data we've collected using advanced sensors, planes and drones.

That's how innovation leads to impact, from our earliest cases that laid the foundation of environmental law to the latest promise of high technology. With each wave of progress, we've gained new tools to build on our established strengths.

You'll see examples of such innovations throughout this report. Thank you for your support that has made this progress possible.

How EDF is holding the line

When the Trump administration and congressional leaders mounted their assault on the environment and public health, EDF pushed back. So far, every bedrock statutory protection remains, but the battle continues. 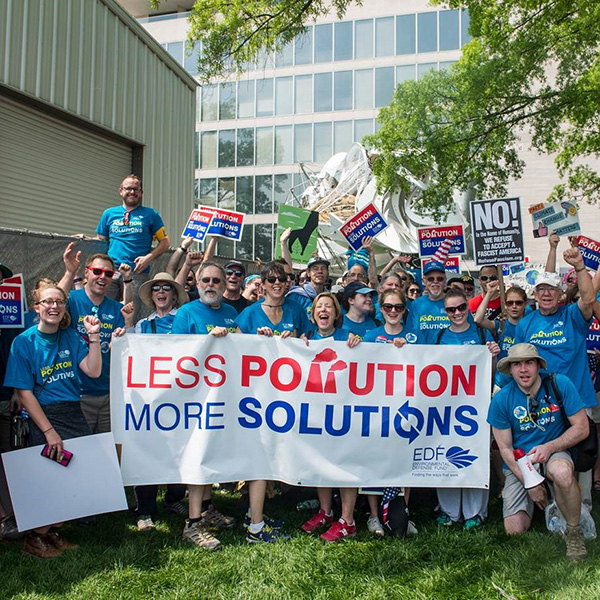 Environmental progress doesn't just happen. It has been propelled by successive waves of human ingenuity, each expanding our toolkit. See how a Fourth Wave of innovation is giving people the power to take action, and meet some of the pioneers at the forefront.

Our work has drawn us to areas that span the biosphere – climate, health, oceans and ecosystems. Here's how we're driving progress in each one.

EDF's aim is to stabilize the climate by dramatically reducing greenhouse gas emissions, while helping people and ecosystems become more resilient to the impacts we can't avoid.

EDF is working to cut methane emissions from the global oil and gas industry by 45 percent by 2025. That would deliver the same near-term climate benefit as closing about one-third of the world's coal-fired power plants.

EDF's vision is a healthy world for all. Whether by reducing children's exposure to lead or cutting air pollution, we're working to secure a clean, safe environment for every generation. 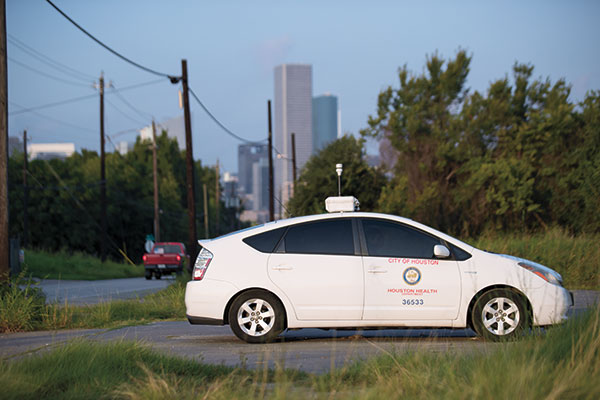 Every U.S. region struggles with environmental hot spots where people, often minorities, suffer from pollution. But now, states and cities are taking advantage of advanced technology to identify and stop air pollution at the neighborhood level.

EDF is working to create more resilient oceans that stay healthy in the face of climate change. Our vision: more fish in the sea, more food on the plate and more prosperous coastal communities. 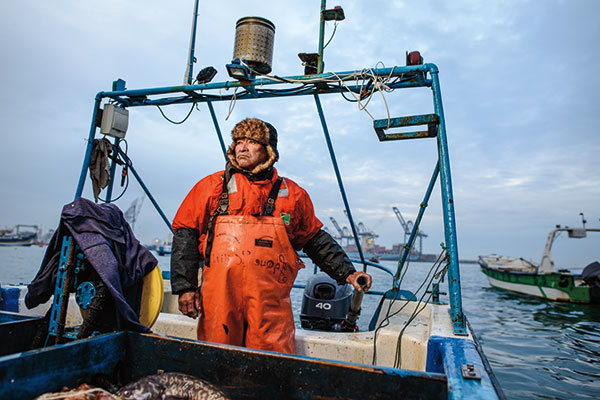 Scientists have long warned that warming seas could devastate fisheries. But new research from EDF and its partners shows how smart management can help revive our oceans, even in the face of climate change.

EDF works for a world where natural ecosystems thrive and people flourish, despite changes in the global climate. 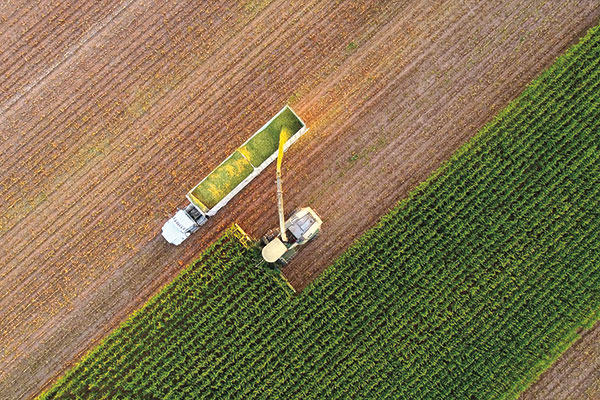 Do the math. Change the world.

As a data scientist, EDF trustee David S. Vogel looks at historical information to predict investment outcomes. He brings that same discipline to the VoLo Foundation, which he and his wife, Thais, launched in 2014.

"When David presents data that show climate change is the most critical problem in the world, I think about the kids," Thais says. "What are they going to face in the future? Heat. Sea level rise. Hurricanes."

The Vogels believe that raising public awareness about the growing impact of climate change is the most critical thing the VoLo Foundation can do. With their support, EDF is hiring a new scientist, the VoLo Data Science Fellow, to expand our work on monitoring and reducing emissions.

EDF's support and revenue reached a record $223 million in fiscal 2018, an increase of 41 percent over the previous year. Generous resources from our donors enable us to deliver strong results. 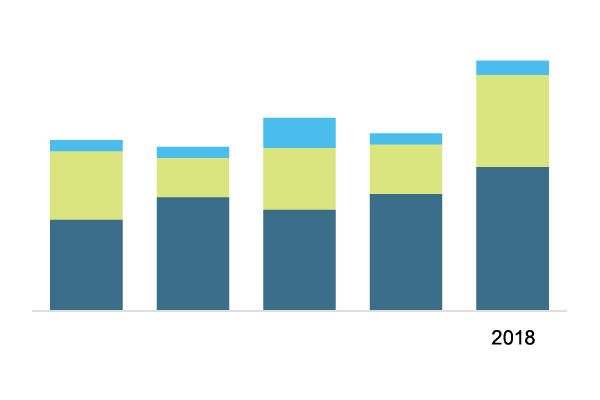 EDF reached $223 million, most coming from contributions and membership (in dark blue). 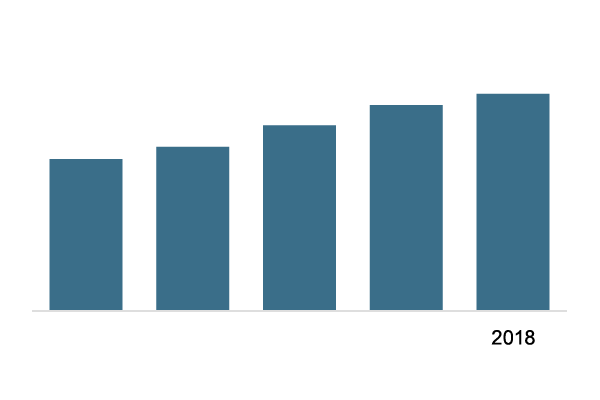 Our operating expenses reached $192 million, an increase of 5 percent over the previous year. 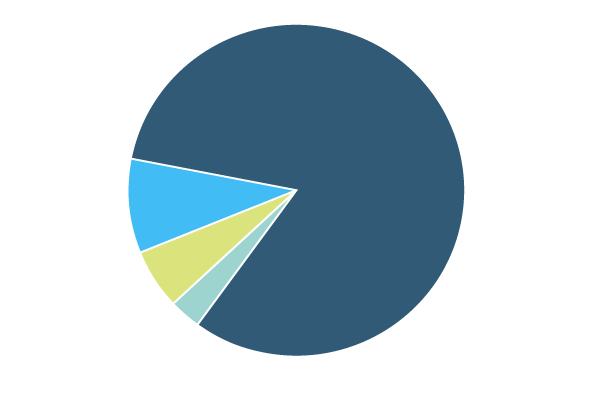 Program activities accounted for the biggest portion of the total, at 82 percent (in dark blue).

Our board and executive team

Fortune magazine called our board one of the most influential nonprofit boards in the country. Meet the trustees and EDF's executive team, proven leaders who drive our strategic vision.

To help us build on this progress, please make a donation today »