Steven ensures the scientific integrity of EDF’s positions and programs, and facilitates collaborations with researchers from a diversity of institutions and countries. He also helps identify emerging science relevant to EDF’s mission.

Steven plays a leading role in EDF’s research efforts, including work on quantifying methane emissions from the natural gas supply chain and the use of emerging sensor technologies in improving our understanding of air pollution and related impacts on human health. He has been actively involved in biogeochemistry, forest ecology and climate change impacts research for more than 35 years, and has published more than 100 scientific papers.

Prior to joining EDF in 2008, Steven was an environmental science professor at the University of Kansas and Brown University. While at Kansas he directed the Environmental Studies Program and in 1990 started one of the first sustainability programs, serving as KU’s Environmental Ombudsman.

At Brown he was the founding director of the Global Environment Program at the Watson Institute for International Studies, which he led for more than a decade. Steven served as a lead author for the Intergovernmental Panel on Climate Change and was acknowledged as one of the contributing recipients of the 2007 Nobel Peace Prize. He was twice awarded an Environmental Merit award by the US EPA Region I for his climate change-related activities. Steven serves on many governmental and university advisory boards, and boards of trustees.

END_OF_DOCUMENT_TOKEN_TO_BE_REPLACED 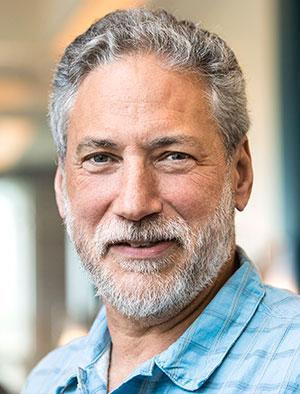