Pedro is an economist working for EDF's Climate and Energy program since 2007.

In the context of ICAO, Pedro has participated in the design of CORSIA since 2013, contributing on the following areas: allocation of offsetting obligations, monitoring reporting and verification, emissions unit criteria, and sustainable aviation fuels.

He is currently the co-lead of the task group working on sustainability matters related to sustainable aviation fuels within the Committee on Aviation Environmental Protection.

Prior to joining EDF Pedro worked for a wide range of large corporations from the energy and industrial sectors for around ten years. He has lived and worked in Brazil, United Kingdom, Japan, France, Italy, Spain and the United States, and is fluent in 5 languages.

Pedro holds a six-year-long join-degree in energy engineering from Universidad Politécnica de Madrid, Spain and from École des Mines de Nancy in France. Pedro also holds a five-year-long degree in economics from UNED in Spain, a Master’s degree in Environmental Management from Yale’s Environment School and a Ph.D. in environmental economic policy from University of Madrid - Rey Juan Carlos.

Pedro has been awarded with the National Prize for his studies in engineering, the Premio Extraordinario for his doctorate and is a former Fulbright grantee. 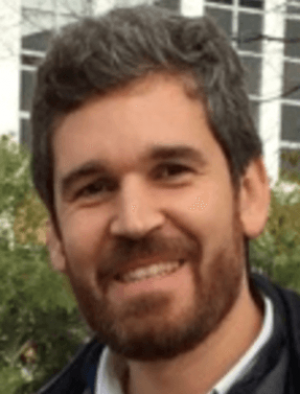