EDF took heat when we started collaborating with Walmart in 2005.

The world's largest retailer had its critics, and still does. But we shared a critical goal that shapes our relationship to this day — to drive sustainability globally, across industries.

Now the products you buy are friendlier to the environment and safer for you. And there's much more to come.

When Walmart set sustainability goals in 2005, we saw opportunity — drawing from our deep history working with business partners (from whom we never take money).

We brought our expertise in science and economics to Walmart, and the company brought its size, influence and openness to innovate.

Using science to set goals, track progress and deliver results we could measure, we focused on making the supply chain cleaner, more efficient and more profitable.

Our partnership timeline
See how we've worked with Walmart to help nature and the economy prosper.

We discovered that a whopping 90% of Walmart's greenhouse gas emissions were coming from its enormous supply chain — from farming to processing to distribution.

EDF helped Walmart realize that by taking simple steps, such as encouraging suppliers to make efficient use of raw materials, it could drive change on a grand scale.

With EDF's help, Walmart is achieving significant reductions in toxic chemical use and greenhouse gas emissions.

For example, we advised farmers on how to more efficiently use nitrogen-based fertilizer (which emits massive greenhouse gasses when used in excess), save money and gain better crop yields.

By the end of 2015, we surpassed by 30% our goal to reduce 20 million metric tons of Walmart's supply chain emissions. It's as if we took nearly 6 million cars off the road.

Cutting a gigaton of emissions

Today, with our guidance, Walmart is committed to removing a gigaton of emissions — one billion tons — from its global supply chain by 2030.

That’s equivalent to what Germany emits in a year. It's like taking 211 million cars off the road.

And it's an industry game-changer: More than 1,000 Walmart suppliers have joined the effort, avoiding more than 93 million metric tons of greenhouse emissions in the last two years. Our new Supply Chain Solutions Center will help accelerate this progress even more.

Spurring a shift across industries 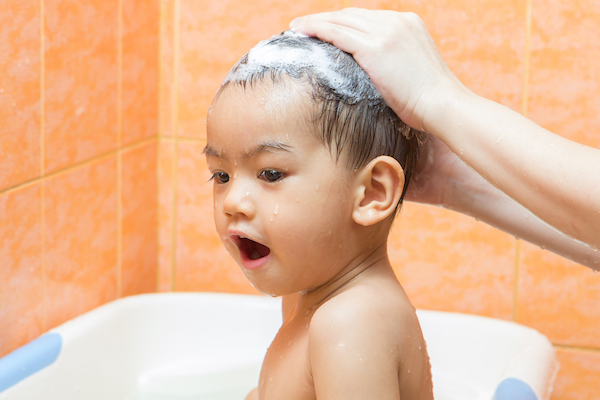 EDF and Walmart have inspired other companies to phase out chemicals of concern in various household and personal care products, such as shampoo.

One critical example involves a first-of-its-kind chemicals policy we helped Walmart create in 2013. The policy led to the phasing-out of eight chemicals of concern in more than 10,000 products sold by Walmart.

And it led to similar pledges from major manufacturers, such as Johnson & Johnson and Colgate-Palmolive.

In 2017, Walmart expanded this policy to become the first retailer to set a goal to reduce the chemicals of concern in its supply chain within a certain period of time.

As we continue to push the boundaries, we're fueling a growing trend toward sustainability as a smart business strategy.

We'll send regular updates about developments in technology, science and the environment.

Thank you for suscribing to the Climate Tech Brief.

We've been on the ground with Walmart for more than a decade, driving results.