Fast, affordable cuts in oil and gas methane are a win-win

The hottest year on record. Rising seas. Old diseases spreading to new parts of the world. Every continent is feeling the impact of climate change, intensifying calls for urgent action.

For our response to be effective, however, we must have short- and long-term greenhouse gas reduction strategies.

Not all emissions are created equal. Methane is a greenhouse gas over 80 times more damaging than carbon dioxide during the first 20 years it hangs around in the atmosphere. In fact, scientists say methane accounts for about 25 percent of today's warming and that levels are spiking worldwide. 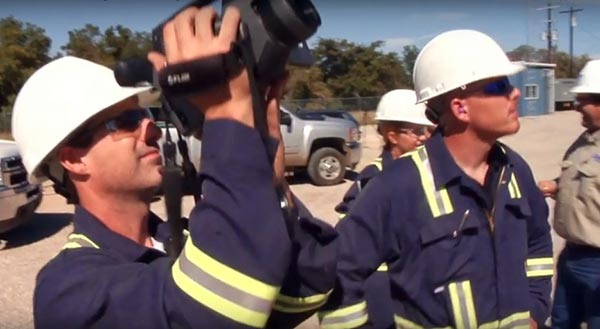 Eliminating methane emissions is one of our most promising climate action strategies. Zeroing in on simple, achievable and sizable cuts across the global oil and gas sector can offer a near immediate impact on slowing down the rate of warming.

Natural gas is mostly methane, and globally, the oil and gas sector is one of its largest contributors. There are other sources – notably agriculture. But curbing oil and gas methane remains the quickest, most affordable opportunity to eliminate a chunk of this pollution from any major methane source.

If the world were to cut 45 percent of methane emissions by 2025, as studies suggest, it would have the same short-term climate benefit as closing one-third of the world's coal plants.

Curbing this pollution is also vital for our health. When methane leaks, it does so with toxins like benzene, toluene, and xylene, along with smog-producing volatile organic compounds.

Awareness of the oil and gas sector's methane problem is affecting the "clean" fuel reputation of natural gas.

Addressing the methane issue cuts right to the heart of natural gas' value proposition. Industry can't claim to be cleaner without managing these emissions.

According to the International Energy Agency (IEA), slashing oil and gas methane is vital for both the future of industry and the climate. A 2017 IEA report notes, "Failure to act would represent a clear risk to the environmental credentials of natural gas."

Fortunately, there are many, low-cost fixes for the industry to reduce methane. Latest IEA data shows a 75 percent economic viability for global oil and gas operators to drive down emissions.

Global energy companies are engaging in the methane challenge.

Ten producers that supply over 15 percent of the world's natural gas are actively monitoring and disclosing emissions data annually, a first step toward reducing methane.

Despite uncertainty in the U.S., action continues on in the places that matter. Pennsylvania, one of the world's top gas producers, is moving to regulate methane, as are the governments of Alberta, Canada, and Mexico. This follows on steps already taken in California, Colorado, Ohio and Wyoming.

Twenty-one countries have also agreed to implement policies to minimize their oil and gas sector emissions.

It's clear that momentum is building on this issue, but widespread action is needed to avert dangerous climate warming.

And the potential for cuts in oil and gas methane emissions to help us achieve this goal, while benefiting the economy and society as a whole, is an opportunity we can't afford to miss.