We must honor America’s natural heritage with collaboration and innovation

We can't let the Administration and Congress put politics over science. Doing so is a threat to our natural resources, and creates regulatory uncertainty for industry and the economy.

The Endangered Species Act (ESA) is one of our nation's bedrock environmental laws, preventing the extinction of many American icons, including the bald eagle.

Other ESA success stories include the New England cottontail, which inspired the beloved fictional character Peter Rabbit, and the peregrine falcon, which marked a milestone in America's conservation history.

By protecting species and their habitats, the ESA also protects healthy communities, sustains vibrant recreation economies and honors a rich, natural heritage for future generations of Americans to enjoy.

That's why 90 percent of Americans – conservatives and progressives, together – support the law.

What is the purpose of the ESA?

Spearheaded by Congressman John Dingell (D-MI) and Senator Harrison Williams (D-NJ), President Nixon (R) signed the Endangered Species Act into law on December 28, 1973, after it passed unanimously in the Senate and by a vote of 355-4 in the House of Representatives.

Congress' rationale for the legislation is still pertinent today:

"[T]he purposes of this Act are to provide a means whereby the ecosystems upon which endangered species and threatened species depend may be conserved.… [T]hese species of fish, wildlife, and plants are of esthetic, ecological, educational, historical, recreational, and scientific value to the Nation and its people."

How is the law at risk? 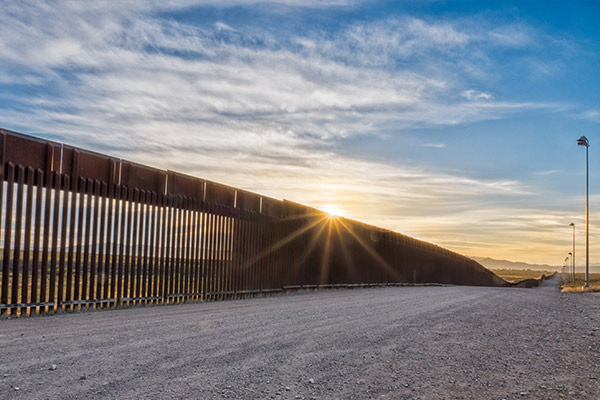 Even Trump's proposed border wall could circumnavigate the ESA and disrupt a critical shared ecosystem on which countless animals and birds rely.

Credit: The Great Wall of America via photopin

The Trump Administration has made several attempts to attack science-based decision-making and important conservation tools that are central to the ESA.

Despite overwhelming public support, there are Members of Congress who continue to make efforts to chip away at the law, circulating proposals that would undermine the ESA and replace science with politics.

Throughout the 115th Congress (2017-2018), the House Committee on Natural Resources was led by then-Chairman Rob Bishop of Utah who has often talked about scrapping the ESA altogether. As chairman, his Committee hosted multiple hearings aimed at "modernizing" the law - a vague description that could mean disaster for our wildlife.

While Rep. Bishop is no longer Chairman in this 116th Congress (2019-2020), the divisive climate in Washington, DC continues to make it risky for even well-intentioned proposals aimed at improving the law. Since its inception, the ESA and subsequent amendments have always been truly bipartisan and any future changes must be so, as well.

Trump's ESA plan is as illegal as it's bad for wildlife.

Is there room to improve?

Fortunately, the ESA was designed to be flexible. There is already ample opportunity for policymakers to work together to improve ESA implementation. EDF was instrumental in establishing some approaches, such as Safe Harbor Agreements (SHA), which have been – and continue to be – utilized across the country.

Stakeholders have a role to play, too. For example, there is also growing interest among a number of private landowners and non-profit organizations like EDF, in partnership with the U.S. Fish and Wildlife Service, to pursue “Conservation Without Conflict.” The shared goal for Conservation Without Conflict is to “keep working lands working, conserve at-risk and listed wildlife and their habitats and improve the quality of life of all Americans.”

In addition, there is great interest in identifying opportunities to conserve necessary habitat across political jurisdictions large and small for the benefit of not-yet-listed species. The sage-grouse success story is one such example. While the Trump Administration has spent its first two years working to undermine the very foundation upon which the U.S. Fish and Wildlife Service determined not to list the sage-grouse as threatened or endangered, the interests among state leaders is to continue to work together and with partners to implement their plans.

The Administration and Congress should honor the bipartisan history of the ESA by supporting flexible, efficient and cooperative solutions that can improve outcomes for both people and wildlife.

What can you do?

Your voice can help secure the support and resources the ESA needs to implement effective conservation plans, conserve species before they reach the Endangered Species List and expedite the path to recovery.

Click below to tell Congress to protect this critical law.

EDF Action: Voice your support for a strong ESA