The Swainson's hawk has lost much of its habitat to development and agricultural production in California's Central Valley. Habitat exchanges are helping to save the rare bird.

In fast-changing rural America, existing tools for protecting wildlife can no longer preserve habitat on a large enough scale.

We saw an opportunity to connect unlikely allies – landowners, industry and conservationists – for a new kind of conservation.

We developed habitat exchanges, which offer incentives for private landowners, industry and conservationists to collaborate in a way that everyone wins, including wildlife.

In the U.S., where about 70 percent of land is privately owned, habitat exchanges allow species to coexist with farming, ranching and forestry.

The idea is simple: Make protecting vulnerable wildlife profitable by paying landowners to preserve habitat. The more habitat they maintain, the more they earn.

The payments come from energy companies and other developers looking to offset the environmental impact of their projects.

Vulnerable species of all kinds benefit 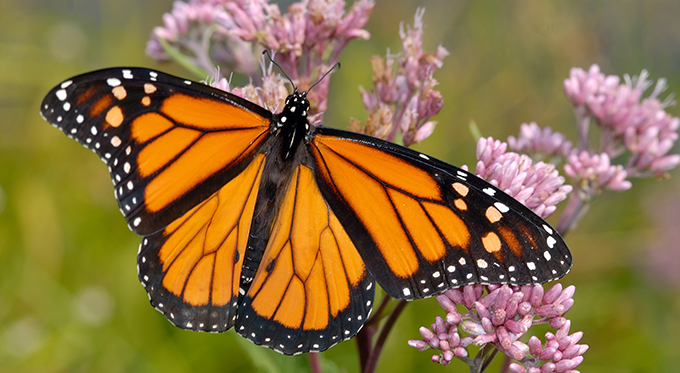 Video: See how habitat exchanges are poised to save the imperiled monarch butterfly.

Habitat exchanges are saving a variety of species, such as the:

In the case of the monarch butterfly, a habitat exchange is poised to reverse a dire situation. The butterfly's population has plummeted 95 percent in two decades, bringing it dangerously close to extinction.

In 2018 a habitat exchange for monarchs launched in key states, including Missouri, Iowa, Texas and California. It's designed to enable restoration and conservation of vital milkweed habitat, which monarchs need for breeding and feeding.

The monarch is in good company. Habitat exchanges are already showing the value of protecting wildlife while maintaining economic opportunity for people who work the land.

How you can help monarch butterflies