EDF and Quantified Ventures, with support from Louisiana's Coastal Protection and Restoration Authority (CPRA), are evaluating the feasibility of an Environmental Impact Bond to support wetland restoration efforts in coastal Louisiana. This project is being funded by NatureVest, the conservation investing unit of The Nature Conservancy, through its Conservation Investment Accelerator Grant, which aims to find and support the best talent and most meaningful work in the field of conservation investment.

Louisiana's 2017 Coastal Master Plan identifies U.S. $50 billion in coastal restoration and protection projects over the next 50 years. The master plan, based on in-depth modeling of coastal dynamics and risk assessments, seeks to reduce damages from storm surge flooding and to rebuild and sustain critical ecosystems. Wetland restoration costs easily exceed millions of dollars for a single project, and these costs will increase because of inflation and increased sediment requirements due to sea level rise and land subsidence.

While billions of dollars from Gulf oil spill settlements will flow to Louisiana for restoration over the next 15 years, additional funding sources need to be secured to fully implement the plan. To help close the funding gap, EDF is exploring how an Environmental Impact Bond could be designed to simultaneously:

What is an Environmental Impact Bond?

In its most basic form, investors participating in a Pay-for-Success model pay the up-front costs for implementing these environmental projects. Following construction and evaluation, the payor – the public agency or private institution that benefits from these solutions – repays investors an amount linked to achievement of agreed-upon outcomes of the program.

EDF and Quantified Ventures are exploring how EIBs could be designed to help CPRA achieve its restoration goals by:

Work has begun on designing the EIB and will be completed by summer 2018. The final result will be a feasibility analysis of a possible EIB transaction. If this transaction appears workable for a Coastal Master Plan project, further work could be done to structure the deal and launch a pilot EIB.

Which wetland restoration projects will be considered?

EDF and its contractor, Quantified Ventures, have worked with CPRA to define criteria for identifying Coastal Master Plan projects that might feasibly be financed with a pilot EIB. We evaluated suitable projects based on size, cost, time of construction, potential future cost savings to CPRA from earlier implementation, project risks, and potential benefits to private industries that could become payors. This process resulted in a shortlist of possible pilot sites for an EIB, the most promising of which will be explored in the feasibility analysis.

In September 2016, DC Water & Sewer Authority and Quantified Ventures closed the first-ever EIB. Like many cities, DC had green infrastructure plans to meet its EPA consent decree, but lacked access to capital and was concerned about performance risk. 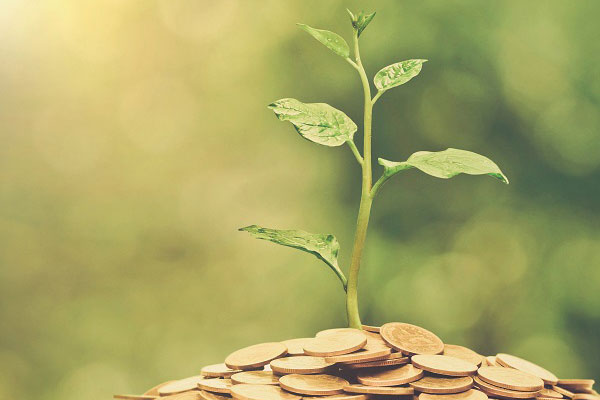