Indianapolis’ remarkably low rate of natural gas leaks is a good example of what happens when a local utility invests in infrastructure upgrades and maintenance.

Only five leaks were detected when we sent sensor-equipped vehicles out on city streets to search for potential methane leaks in the area serviced by Citizens Energy Group. How did they achieve such a number?

In the early 1980s, Citizens implemented an aggressive pipeline replacement program to replace mains and service lines made of materials that are more prone to corrosion, including bare steel, wrought iron and cast iron. This was in response to a residential leak and explosion that resulted in the death of two people.

By updating their system with modern plastic and cathodically-protected steel materials, Citizens was able to dramatically reduce gas leaks and associated expenses.

Today, Citizens has almost completely eliminated from its distribution system pipe materials that were readily susceptible to corrosion or cracking. Distribution piping constructed of cast iron now make up less than 1% of Citizens’ system, placing Citizens at the forefront of modern pipeline infrastructure safety and sustainability.

In 1887, Indianapolis’ Citizens Energy Group was founded as a public trust to protect the utility from takeover by energy monopoly Standard Oil and from the short-term pressures of partisan politics. As a public trust, Citizens has no shareholders and is not subject to the control of city government.

The trust structure allows Citizens to operate its primary utilities on a not-for-profit basis and to consistently reinvest revenues in pipeline infrastructure to ensure safety and reliability. Citizens Energy Group remains the nation’s only public trust formed to operate utilities.

Citizens Energy Group regularly monitors pipeline pressure, conducts weekly aerial and driving inspections of its transmission lines and periodic leakage surveys of its distribution system. It has strict leak ranking systems and makes significant network investments, such as the replacement program described above. Find out more about their safety programs.

Can other cities match this success? 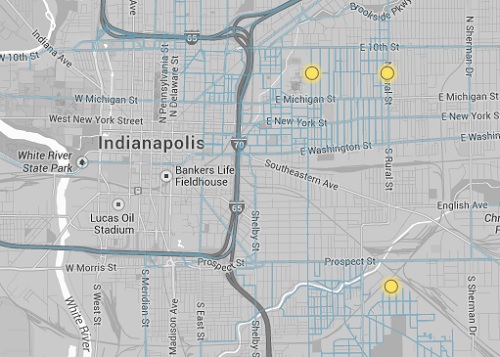