Carbon pricing is steadily growing worldwide and increasingly recognized as a way to achieve emissions reductions at lower cost than with standard regulations. An economic analysis from Environmental Defense Fund found that these cost savings from international trading of emissions could translate into direct gains for the atmosphere – and could produce nearly double the climate ambition at the same overall cost as countries’ complying with their Paris Agreement targets without international markets.

Countries meeting in Madrid, Spain for the December 2019 UN climate talks (COP 25) will try to finalize the rules of the section of the Paris Agreement on international trading of emissions reductions, known as Article 6. Disagreement over the contents of this section at last year’s climate negotiations forced negotiators to leave it as the only section of the Paris Agreement rulebook to remain unresolved.

The United Nations Environment Programme’s 2019 Emissions Gap Report, which showed that current country commitments to limit greenhouse gases are not enough even to limit warming to 2 degrees Celsius, highlights the urgency of ambition gains. At COP 25, countries have an opportunity to take a vital step toward ratcheting up ambition by ensuring Article 6 has strong environmental integrity and transparency rules.

Results from our comprehensive emission reduction analysis indicated that global emissions trading could reduce the total mitigation cost of meeting current Paris pledges by 59 percent to 79 percent. This translates to about $300 to $400 billion in current value terms over 2020-2035, with the high end of the range assuming that Reductions in Emissions from Deforestation and Forest Degradation (REDD+), over and beyond what is needed to meet nationally determined contributions (NDCs), are included in markets.

We found even partial coverage of carbon markets could lead to more ambitious climate targets, at no added cost. For example, as shown in Figure 1, four different scenarios were assessed relative to a “current policy” baseline. Each scenario first assumes that carbon markets at least partially covered the United States, EU, China, and emissions from international aviation. Then, different scenarios were expanded to include:

Across all scenarios, the lion’s share of the gains from global markets are due to international linking – when a carbon market in one country trades with another country’s carbon market. A much smaller share comes from increased use of domestic carbon markets across each cohort of nations.

Figure 2: Emissions reductions from market scenarios relative to current policies, with and without forests. Cumulative mitigation over 2020-2035 shown in green under Paris Agreement pledges and in blue under global market scenarios.

A large part of the gains outlined above come from the inclusion of credits from Reducing Emissions from Deforestation and Forest Degradation (REDD+) in markets (Figure 2) . As an abundant source of relatively low-cost emissions reductions, including the forestry sector in trading scenarios lowered the overall cost of meeting NDCs substantially, thus increasing the potential ambition gains across all scenarios.

Under our global market scenario, the cost savings from REDD+ enable 38 billion tons (or 54%) of the total increase in ambition of 70 billion tons possible with full global trading. Including REDD+ credits in the global market not only lowers costs significantly, but also provides a large additional pool of low-cost reductions that can be “bought” with the resulting cost savings. This is in addition to achieving 27% of the reductions already included in the base case for meeting current levels of NDCs.

Re-investing the cost savings from full international trading of emissions credits beyond NDC targets has the ability to roughly double ambition at the same cost. However, even those gains would still not be enough to keep the world under a 2 degrees Celsius temperature rise, so additional action, with additional costs, will be needed.

To ensure that such markets can reach their highest potential, it will be essential to implement rules and standards that prevent double-counting emissions reductions and ensure the environmental integrity of market transactions. In this way, well-designed carbon market policies can play a critical role in starting to enable the necessary increase in climate ambition.

EDF at COP25:
Find our events, experts and resources 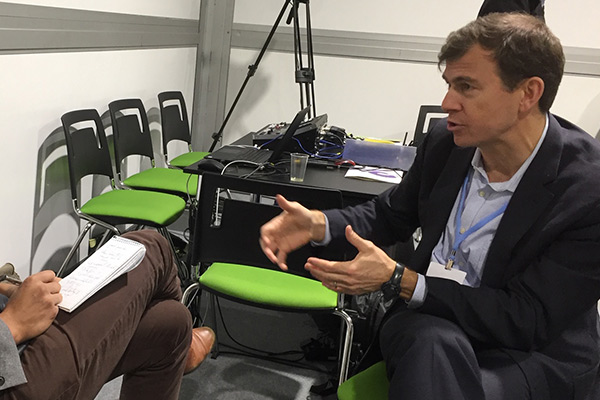