Going 100% clean means shifting our entire economy — power plants, transportation, factories and more — so that we produce no more climate pollution than we can remove. This goal is consistent with what science says is necessary and is 100% achievable. Below are answers to some frequently asked questions about 100% Clean.

What do you mean by 100% clean across the entire economy?

This campaign focuses on ending climate pollution across the whole economy by 2050. That means producing no more emissions — from power plants, factories, transportation and other sources — than we can remove.

By when do we need to achieve a 100% clean economy?

We need to stop adding climate pollution as soon as possible, and no later than 2050. That means cutting emissions and removing pollution from the atmosphere as quickly as feasible.

The Intergovernmental Panel on Climate Change report says that the world must stop adding climate pollution to the atmosphere soon after mid-century in order to avoid the worst impacts of climate change. The U.S. and other advanced economies should do this by 2050 at the latest, aggressively transitioning to clean energy and producing no more pollution than we can remove. To achieve a 100% clean economy by 2050, the U.S. must get started now and make enormous progress by 2030 — just 11 years from now. That’s consistent with the best science from the IPCC.

When you say 100% clean, are you only talking about electricity?

No, we mean the entire economy. That means improving everything from the way we generate electricity and update our infrastructure to how we approach manufacturing and transportation.

Who are you trying to reach with this campaign?

We need to educate everyone, including public officials, about the opportunity to combine today’s technology with effective public policy to eliminate climate pollution in the United States and beyond.

Does 100% clean mean we have to do away with all kinds of fossil fuels and sources of emissions?

No, 100% clean means getting to net zero emissions by 2050 at the latest — so that we are not putting any more climate pollution into the atmosphere than we take out. A 100% clean economy will be powered mostly by clean energy technologies, but we must also dramatically reduce emissions from traditional forms of energy. That means developing ways of capturing that pollution and keeping it out of the atmosphere, and taking climate pollution directly out of the air. Everything that could safely get us there should be on the table.

Is making that kind of transition technologically viable?

Yes. The technology exists today to make huge progress. The cost of solar, wind and energy storage has dropped dramatically. The cost of solar alone is down nearly 90% over the past 10 years. Wind and solar are cost-competitive with — or even cheaper than — natural gas in some parts of the country. And new breakthrough technologies are on the horizon that could sharply reduce emissions, make transportation and manufacturing cleaner and remove climate pollution from the atmosphere.

Is this the same as the Green New Deal? If not, how does it differ?

100% Clean and the Green New Deal share a key goal: that we stop adding climate pollution to the atmosphere. Both are ambitious climate action plans consistent with the best science and both prioritize an equitable and just transition to a 100% clean economy for all Americans. The Green New Deal covers a range of issues, whereas 100% clean focuses squarely on reducing climate pollution.

How will 100% Clean deliver benefits and protections to communities disproportionately impacted by toxic pollution and climate impacts?

Communities around the country, including many low-income communities of color, have suffered significant harm from exposure to toxic pollution, and they stand to be hit first and worst by climate change impacts. We need to ensure any approach to achieve a 100% clean economy also substantially reduces the toxic pollution burden on communities, supporting community health and resilience in the face of the changing climate. 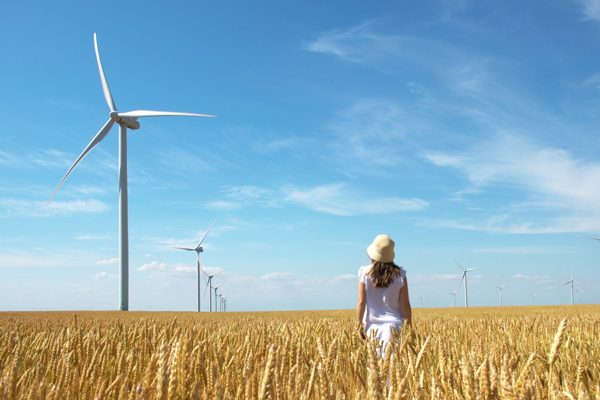