Suzi ensures the economic integrity of EDF’s positions and programs. Leading a group of economists and analysts, she collaborates with economists and other researchers and stakeholders from a variety of organizations around world to produce research and policy guidance relevant to EDF’s mission. Suzi’s own research focuses on emissions pricing and international cooperation but mostly she works to support the wide range of work within, or facilitated by, the team in the Office of the Chief Economist.

Suzi founded and later served as a Senior Fellow at Motu Economic and Public Policy Research in Wellington, New Zealand, which has produced respected, nonpartisan research on the environment, agriculture, labor, productivity and human rights among other areas of focus. Suzi worked closely with government, donors and private sector CEOs seeking market-based solutions to environmental challenges. In addition to her work at Motu, Suzi made contributions to the evolution of modern Reducing Emissions Deforestation and forest Degradation (REDD) efforts and played a central role in the design of the New Zealand Emissions Trading System, which led to her appointment to the country’s interim Climate Change Committee. Suzi has also co-led three international programs on emissions trading: the design of a roadmap to ETS in Chile, the Handbook ‘Emissions Trading in Practice’ and design of an ETS for Colombia. She has participated in several international science steering groups.

Jaffe, Adam B., and Suzi Kerr. 2015. “The Science, Economics and Politics of Global Climate Change,” review of The Climate Casino by W. Nordhaus, Journal of Economic Literature. Vol. 53, Issue 1, March

Kerr, Suzi C. 2013. “The Economics of International Policy Agreements to Reduce Emissions from Deforestation and Degradation”, Review of Environmental Economics and Policy 7:1, pp. 47–66.

Cramton, Peter and Suzi Kerr (2002)”Tradeable carbon permit auctions: How and why to auction not grandfather” Energy Policy 30 pp: 333-345 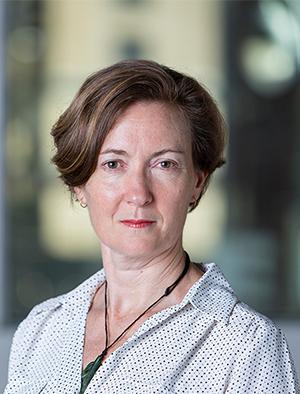