Amanda Leland is responsible for driving EDF’s global mission of ensuring a vital earth for everyone by addressing the existential challenge of climate change — rapidly reducing climate pollution while building resilience for people and communities in the face of the impacts we cannot avert.

Leland, a marine scientist by training, has served in a number of leadership roles during her 17 years at EDF, most recently as executive vice president overseeing programs in climate, energy, oceans, ecosystems and health — but her relationship with the organization goes back to the age of 13, when she first became an EDF member.

During her tenure at EDF, Leland built and led a diverse team of ocean experts in 13 countries. Working with local fishers, her team transformed seafood sustainability while improving livelihoods.

Leland has also been a leading advocate for the recovery of U.S. fisheries, where 90% of federally managed fisheries are sustainable or on the path to becoming so, creating more jobs and profits for fishers.

Before joining EDF in 2004, she was a scientist conducting cooperative research with commercial fishers in Maine, a marine mammal zookeeper and a congressional aide focused on ocean issues.

END_OF_DOCUMENT_TOKEN_TO_BE_REPLACED 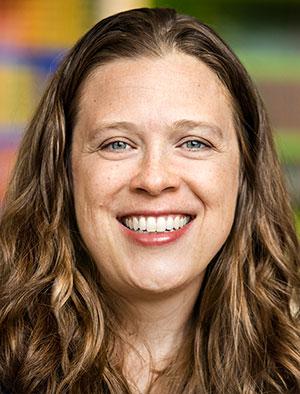