Not only are West Coast fisheries among the most valuable in the United States, they also provide one of the best examples of how good management decisions help fisheries recover following periods of mismanagement or overfishing. In 2000, the West Coast groundfish fishery – a multi-species fishery consisting of 90+ species- was declared a disaster. Today, it is internationally recognized for its successes in dramatically reducing bycatch and helping overfished species to recover, often years ahead of schedule.

For decades, a poor understanding of the low productivity of many of the rockfish species in particular coupled with outdated management methods took their toll on the West Coast groundfish fishery, putting fishing jobs, incomes, coastal communities and ultimately the ecosystem that supports the fishery at risk. It became harder and harder for fishermen to make a living, and though they were well intentioned, many of the attempts to fix how fishing was managed proved ineffective.

By the time the groundfish fishery was labeled a disaster, there were few options on the table. But EDF went to work – in partnership with fishermen, community leaders, biologists and fishery managers – to explore and implement an innovative new management system called catch shares, which allotted fishermen a specific share of the catch and provided them with more flexibility on when and how to fish. 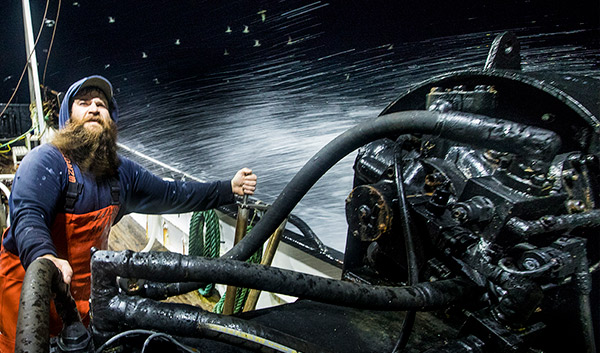 A solution with results

Since then, the West Coast groundfish fishery has undergone what has been described as a landmark turnaround; and although fishermen still face many regulatory and cost challenges, their achievements have been remarkable. In 2014, noting that this was the most diverse and complex fishery they had ever considered, the influential Marine Stewardship Council certified the 13 most important target species as sustainable.

We believe these core elements make the West Coast groundfish fishery a model for sustainable management and viability for the industry.

Today, EDF is staying engaged, helping fishermen to reduce their operating costs, fish more efficiently and leveraging new market opportunities to ensure success for the ecosystem and those who rely on it for their livelihoods.

Learn more about this fishery and sustainable fisheries certification, and access a toolkit for designing sustainable management.