(SANTA FE, N.M.) In New Mexico, a new analysis from Environmental Defense Fund finds that methane emissions from oil and gas activity are five times higher than EPA data suggest, largely driven by expanding production in the Permian Basin. EDF experts analyzed data gathered by University of Wyoming researchers that provide the first publicly available emission measurements from the Permian since the oil boom there began three years ago.

Methane pollution is not a new challenge for New Mexico. The state made national headlines when European Space Agency satellite data exposed a massive concentration over the Four Corners Region in 2014. This new scientific data reveals how the methane problem has grown statewide. 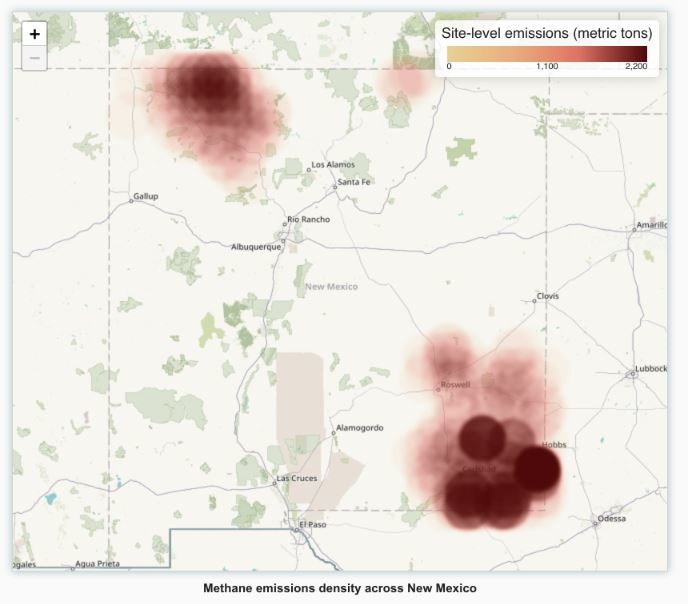 Methane is a potent greenhouse gas and the primary component of natural gas, making it a valuable energy resource. Methane waste also carries a high financial cost for New Mexicans.

"Rapid growth in the Permian is causing an unprecedented surge in pollution that threatens the health of local residents and hurts the state's taxpayers through wasted revenue," said Jon Goldstein, EDF Director of Regulatory and Legislative Affairs. "These findings make clear the true scale of the problem and underscore the importance of Gov. Lujan Grisham's commitment to curb methane waste and protect New Mexico's health and future prosperity."

EDF estimates that venting, flaring and leaks waste $275 million of natural gas per year. If captured, this would translate to $43 million per year in additional tax and royalty revenue that could otherwise be invested in things like education and infrastructure. For example, the lost state revenue from methane waste would be enough to increase pre-K enrollment by 80% and enroll more than 7,300 additional New Mexico kids in early education programs.

Oil and gas emissions are also taking a toll on New Mexicans’ health. EDF’s analysis estimates oil and gas companies emit over 300,000 tons of volatile organic compounds (VOCs), which are a precursor to ground-level ozone, or “smog,” and can cause respiratory illness as well as other acute and chronic health problems for vulnerable groups, such as children, the elderly and people who work or recreate outside. Several of the state’s largest oil and gas producing regions, like San Juan and Eddy Counties, already struggle with ozone pollution levels and are at risk of violating federal health-based air quality standards.

Later this year, EDF will be adding new features to this toolkit that will allow users to explore emission mitigation scenarios and solutions.

The full report is now available online at edf.org/NewMexicoMethane