Like many utilities, New York’s Consolidated Edison had a lingering backlog of leaks on its sprawling natural gas system that weren’t serious enough to be hazardous to people or property, but which were wasting gas nonetheless. Moreover, methane — the main ingredient in natural gas — is also a potent greenhouse gas, which means leaks are a contributor to climate change.

So in 2016, Con Edison formed a unique collaboration with Environmental Defense Fund to estimate the relative size of non-hazardous leaks from its backlog so that the company could more effectively prioritize the largest volume non-hazardous leaks in its system for repair. This means they could reduce the methane escaping from the system faster, giving customers more for the dollars spent on system upgrades.

This collaborative project expands on Con Edison’s efforts to expedite its leak backlog reduction by the best means available. In this case, by using an advanced leak detection and quantification technology. It's all part of a larger methane reduction program that includes an accelerated effort to modernize its system through replacing pipes prone to leaks. 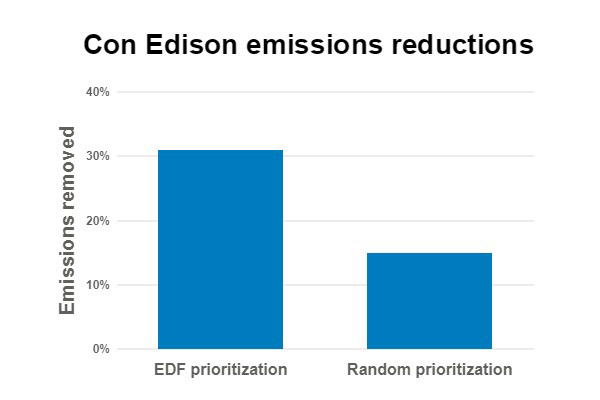 While EDF and Con Edison continue to collaborate on the best method for measuring emissions from non-hazardous leaks, what is virtually certain is that if every utility prioritized leak repairs using advanced leak detection technology and leak quantification methodologies, there would be faster emission reductions across the gas utility sector that would lead to a nationwide impact on methane emissions. 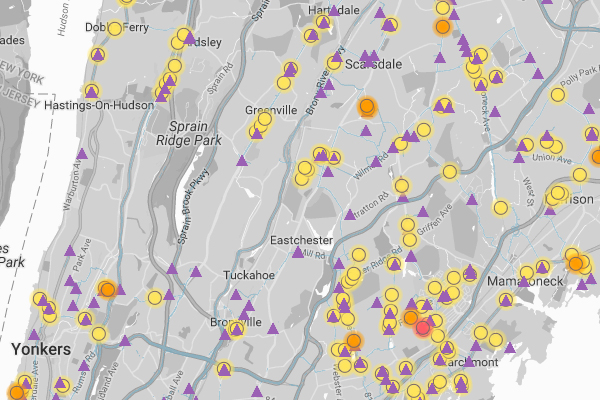 This map represents a snapshot in time of all the leak indications EDF found while mapping Con Edison's service territory from April-December 2016. Using leak size information, Con Edison prioritized and repaired the largest leaks that they found from EDF’s survey, which included additional non-hazardous leaks.

To establish a baseline, we performed a Monte Carlo analysis. We estimated the percentage of emissions the utility would have reduced in multiple scenarios. Our analysis indicated that if Con Edison repaired 52 leaks (without EDF's leak size information) it would have reduced only 15% of the total estimated emissions (95% confidence interval: 11.1%-23.2%).

As a result, the average improvement in emissions mitigation by using leak flow rate rankings doubled, going from 15% to 31%. By using our leak rankings to prioritize repairs, we estimate that Con Edison reduced 31% of the methane emissions from its non-hazardous leak backlog. Con Edison achieved these reductions by repairing the largest 52 leaks that they found based on EDF's flow rate information.