Boston: Snapshot of natural gas leaks under the streets

As one of the nation's oldest major cities, Boston's aging natural gas pipes are prone to corrosion and leaks. 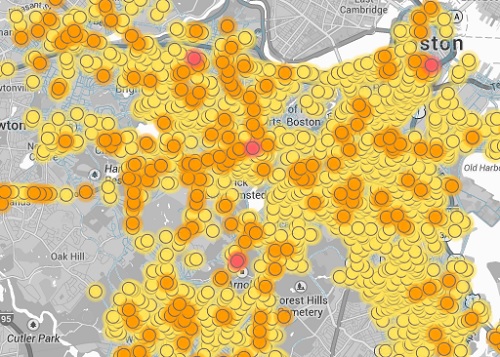 Unfortunately, the device you're using can't show this complex interactive map. Please visit again on a tablet or computer.

Our readings indicated an average of about one leak for each mile we drove.

Readings are from March through June 2013 and may not reflect current leaks, due to repairs or other changes.

If you ever smell gas, or have any reason to suspect a problem, experts say to immediately exit the building or area, then call the authorities. For more see the National Grid safety page.