Update: Following EPA’s denial of Maryland and Delaware’s petitions, EDF intervened with the U.S. Court of Appeals for the D.C. Circuit to protect people in downwind states from dangerous pollution. In May 2020 the court granted Maryland’s petition in part and sent the issue back to EPA to reconsider.

The maps below show oxides of nitrogen (NOx) pollution from 36 coal-fired units at 19 power plants with already installed pollution controls that are not being fully operated to protect human health and the environment.

The owners and operators of these 36 coal-fired units can help their neighbors — both those nearby neighbors living in the shadows of their smokestacks and the millions living in downwind communities and states - breathe more easily. 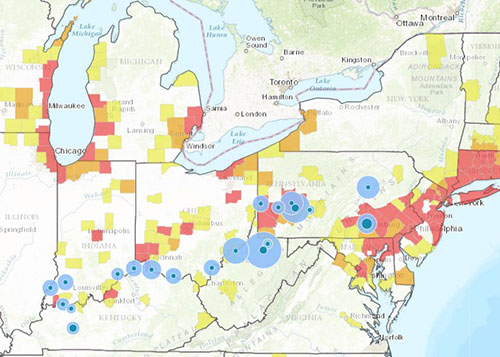 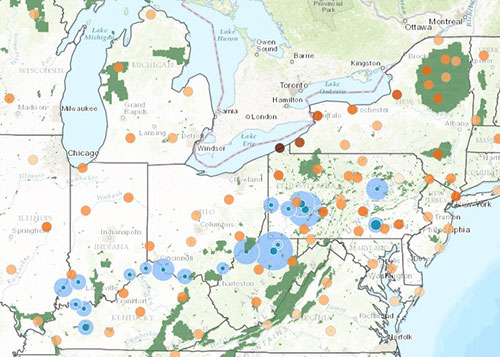 Learn more about Maryland's Good Neighbor petition to EPA and the state's announcement that it will sue EPA for its failure to act, as well as EDF's statement in support of Maryland's actions. Also read the letter from a coalition of health and environmental groups urging former EPA Administrator Scott Pruitt to carry out his bedrock responsibilities under our nation's clean air laws by approving this common-sense petition.