The Chemicals Called PFCs are Everywhere, and That's a Problem

By Rachel Shaffer
Rachel Shaffer is a research assistant in our Washington, DC, office, where she works on toxicity testing and chemical policy reform.
Published April 30, 2013 in Health 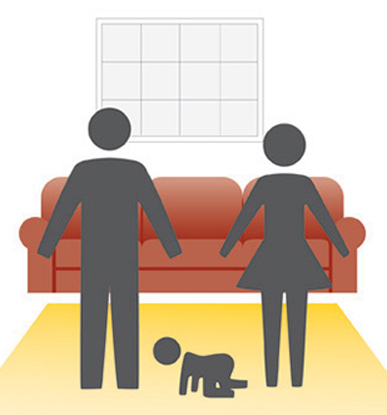 What do waterproof jackets, car wax, and non-stick pans have in common?

Aside from being great Father’s Day presents (Dad, I’m thinking ahead this year!), they also all are made with perfluorinated compounds, or PFCs. There are hundreds of different PFCs, and their oil- and water-resistant properties make them useful in a variety of products, from cookware and carpets to food-packaging and electronics.

Unfortunately, these chemicals have less desirable properties as well. Thanks to their strong molecular bonds, PFCs do not readily break down. They persist in the environment and in our bodies, and widespread use has led to extensive human exposure. In fact, the National Health and Nutrition Examination Survey (NHANES), carried out by the Centers for Disease Control, detected four types of PFCs in over 98% of blood samples, representative of the U.S. population, collected in 2003-2004.

Essentially, PFC’s are in all of us.

Taken together, these results have only added to a growing concern about the potential adverse effects of these ubiquitous chemicals. Here’s a brief overview of the three studies.

PFOA and osteoarthritis in women: an inflammatory connection?

Osteoarthritis is the most common form of arthritis, affecting over 27 million people in the U.S. In this disease, cartilage breaks down, resulting in chronic pain and joint stiffness. Though not fully understood, some have hypothesized that the disease may be related to inflammation, changes in calcium levels and oxidative stress. Because some animal studies have linked PFOA and PFOS to these same mechanisms (see here, here, and here), researchers set out to explore the associations between levels of these two compounds and the prevalence of osteoarthritis in the U.S. population.

Through an analysis of recent NHANES data, researchers found significant associations between blood serum concentrations of PFOA and osteoarthritis in women, but not men. Women in the highest exposure group were almost twice as likely to have the disease as those in the lowest exposure group.

Because of limitations in the study design, the authors cannot make a definitive conclusion about whether PFOA exposure caused osteoarthritis, but the observed associations– seen at concentrations found in the general population – are of real concern and highlight an urgent need for more research.

Men, don’t relax yet… PFOA could affect your reproductive health

Previous animal studies have indicated that PFOA and PFOS may cause changes to the development of the male reproductive system, which could lead to reduced testosterone levels, lower sperm counts, and other effects. The authors of the second study set out to answer the question that logically follows: do these chemicals affect human males in similar ways?

Because the developing fetus may be especially vulnerable to chemicals, and because PFCs can be passed from the mother to her fetus, researchers investigated the connection between the level of these compounds in the blood of pregnant women and the reproductive systems of their sons, 20 years later.

Their findings are troubling. Higher exposure to PFOA during pregnancy was associated with lower sperm concentrations, lower total sperm counts and higher concentrations of two reproductive hormones (LH and FSH) in the sons as adults. No association was found with PFOS.

Based on their results, the authors of this study suggest that PFOA may act as a reproductive toxicant. Once again, though, more research is needed to show causation.

PFCs have also been shown to exacerbate asthma in animal models, and this final study investigated the possible connection between levels of these contaminants and asthma in children.

Researchers looked at levels of 11 PFCs, including PFOA and PFOS, present in the blood of several hundred Chinese children aged 10-15 years old. They then compared the incidence of asthma in the highest exposed group to the lowest exposed group. They found that children with the highest concentrations of PFOS were about twice as likely to have asthma. And those with the highest concentrations of PFOA were four times as likely to have asthma. Significant associations were also found for a variety of the other PFCs. In addition, the study found a relation between markers of elevated immune system sensitivity – which indicate increased likelihood of airway swelling in response to certain triggers – and concentrations of PFCs.

Numerous factors are contributing to rising asthma rates, but this study indicates that exposure to chemicals like PFCs may play a role.

One chemical, many effects

The studies I’ve described examined PFCs in relation to three potential adverse effects. But previous studies in both animals and people have linked PFCs to a variety of other problems, including liver toxicity, developmental changes, immune system alterations and cancer.

It may seem implausible that one group of chemicals could cause so many different health problems. But the networks in our bodies are highly linked and coordinated, which, unfortunately, means that a single chemical may have the power to interfere with a range of processes. Changes to the immune system, for example, could result in increased susceptibility to inflammation or decreased ability to fight cancer-causing agents.  A disruption to normal hormonal functioning could have an impact on the development of the reproductive, immune, skeletal and nervous systems.

Governments are beginning to act – but more is needed

International and federal agencies are starting to take action, driven especially by the fact that these long-lived compounds tend to accumulate in the environment and in organisms. The Stockholm Convention recently listed (PFOS) as a Persistent Organic Pollutant (POP), which means that signatory countries are required to restrict its production and. (Note: The U.S. has not ratified this international treaty).

In the United States, despite limited authority under the outdated Toxic Substances Control Act (TSCA), the Environmental Protection Agency (EPA) has taken a number of steps to address certain PFCs:

While the steps taken by the EPA represent important progress, they are limited in scope and were initiated after widespread exposure. The story of PFCs is another example that points to the need for the U.S. to adopt a stronger chemicals policy, which would, among other important provisions, ensure that chemicals are tested for potential health effects before being used in products.

Meanwhile, I guess I’ll have to keep looking around for a good Father’s Day present.

This post first appeared on our Chemicals and Nanomaterials blog.