Richie Ahuja is an expert in business development strategies and spearheads EDF’s engagement in India. He helped to catalyze the formation of other institutions such as Indian Youth Climate Network (IYCN), India’s largest youth network on climate change, and Climate Parliament, and independent multi party body of elected leaders focused on addressing climate change in the country.

Richie was a founding member of the Fair Climate Network, a network of NGOs that have worked together to test scalable low carbon rural development approaches such as deploying clean cooking systems. He helped to facilitate the domestic offset program of IndiGo Airlines, India’s largest carrier, which allows passengers to offset their climate pollution from travel, and linked this effort with the FCN to generate carbon finance for capital expenditures required for deploying low-carbon technologies. Richie is also a leading voice on “climate smart” agricultural practices, both within India and at the global level, through initiatives such as the Global Alliance for Climate Smart Agriculture, which EDF was integral in launching.

Richie is an expert in international business, having worked with industries such as logistics, recycled paper, telecommunications and financial software. He received his MBA in International Business from the Thunderbird School of Global Management and his B. Com (honors) from St. Xavier’s College in Calcutta, India. 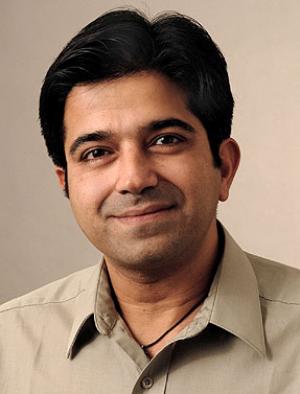