What if Extinction Isn't Forever?

By Stacy Small-Lorenz
Stacy is a conservation scientist in EDF's Washington office who focuses on wildlife issues.
Published March 26, 2013 in EcosystemsScience 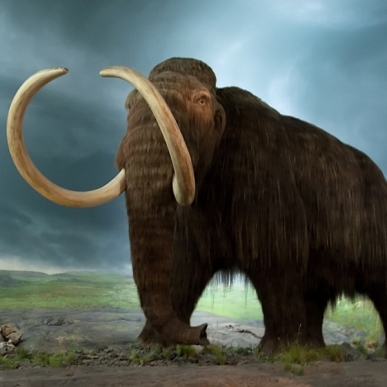 Which of the following have scientists actually accomplished?

The answer is c, but both a and b are in the works, albeit in the very early stages.

”De-extinction” is the science of using genetic material and advanced reproductive technologies to revive extinct species like the Passenger Pigeon and the woolly mammoth. It’s been getting a lot of buzz, from the New York Times  to the cover story of the April issue of National Geographic,  to a recent TEDx conference here in Washington, DC that I attended.

For a conservation scientist, the prospect of “de-extinction” provokes both wonder and worry. Yes, I would love to witness a flock of passenger pigeons flying overhead as much as the next birder. But the idea immediately raises a host of concerns for those interested in the fate of endangered species.  This was once the most abundant bird species in North America, numbering in the billions, and it was obliterated in just about 40 years.

I have to wonder if humanity is ready to welcome an extinct pigeon back from the dead while we’re still driving species down the path of extinction around the globe. We have to ask on a case-by-case basis whether our values, laws, policies and land use practices have changed enough to support the re-introduction of species that mankind drove extinct in the first place.  It’s such a new topic that the Endangered Species Act doesn’t really have much to say about “de-extinguished” species.

You could argue that if technology helped drive species extinct, why not use it to bring them back?  We could even learn a lot along the way about genetics that might be useful for rescuing endangered species populations. Also, some conservationists think that, hypothetically, restoring recently extinct keystone species to their original habitats could make sense in the long run, if it helps to maintain ecosystems.

But even if science develops the tools to bring extinct species back to life, it would have to proceed with great caution if releasing them to the wild. Revived species would likely face a whole new world of competitors, predators, and changed habitats on top of the old threats, like human persecution. They could also create problems, becoming disease vectors or causing other unanticipated ecosystem imbalances.

Finally, considering the potential cost of bringing back even one extinct individual, let alone entire self-sustaining populations, we should think very hard about diverting scarce conservation dollars that are needed to prevent future species extinctions and, in the process, undermining the urgency of the message that “extinction is forever,” which still holds true to this day.

But no matter what, don’t hold your breath for a Jurassic Park-style dinosaur revival.  While genetic research has made incredible advances, it’s still pretty hard to bring stone to life.

We never know what is possible by Scientists(humans). "De-extinction" is not an impossible term but is quite difficult to produce something that is extinct for past some years, decades or even centuries.

Decisions should be made on a species-by-species basis, taking into account such factors as when the species went extinct, the causes of the extinction, whether suitable habitat exists today, whether a suitable gestational carrier exists today, and others. Please see here for a list of possible clonings:

I vote for bringing back the Carolina Parakeet, what a beautiful bird that must have been. Afterall do we really want to deal with mammoth road kill?

IF we bring back the mammoth, unless it gets hit by a semi truck, mor often than not WE would be the road kill!!

Even if they are successful at cloning and getting small population of individuals of any prior "extinct" species; it will be treated somewhat like a zoological park specimen or even like the Panda.

Will several thousand Panda's in existance now, the population could be returned to the wild and placed in nature perserves where they could be "wild and free". Does this occur? Has the Chinese turned their efforts to save other species of animals, near extinction? Unfortunately, no, because, they can clam success with that first stage of restoring a sizable population. They cannot claim success with the next phases; environmental nature parks where the animals can exist in a fully return to the wild.

If a Mammoth were eventually produced through cloning technology, that would be one individual. That would not be considered a 'success' of the project longterm goal, to restore a breeding population. That long term goal would require between 30 and 50 individuals that are genetically distinct from one another, to prevent inbreeding within the population. Even the introduction of Wood Bison to Siberia from Canada, consists of 30 individuals,to Pliestocene Park. What good is one or 10 mammoths re-created to wonder around as zoo animals? What good is 10 Passenger Pigeons or 10 Dodo's, or 10 Quagga's in a zoological park? If they were re-created, the failure of such a project is not returning them to the wild.

Human needs will outweight the needs of re-introduction or re-creation of species; as habitat and environments are destroyed for the billions of people. There are less than 50 Asiatic Lions in the world, confined to India. Why hasn't a second population been established in Turkey, Iran, Afghanistan, or even Syria? Because of political arguements and warfare within humanity.

Re-creating Mammoths is a wonderful arguement and would challenge the advances of science to bring about such re-creations. However, the Tundra is changing in the Artic. There will not be vast herds of Mammoths grazing on the grasses and sages anytime soon, if ever. The Auks will not swim in the North Atlantic, anytime soon. The Carolina Parakeet, will not build nest in southern forests.

I would love to see a wooly mammoth brought back to life, I bet they are delicious !