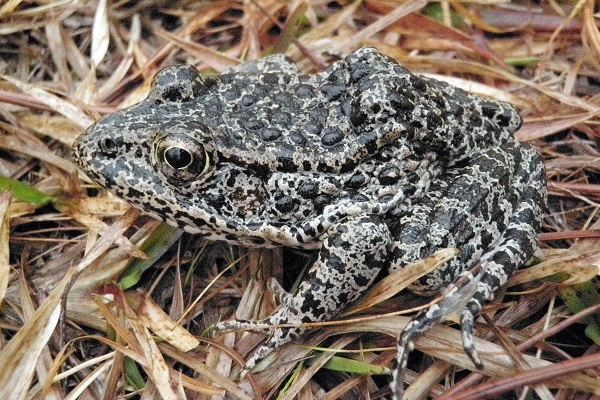 A lot more than an endangered frog was at stake Monday when the Supreme Court heard Weyerhaeuser v. U.S. Fish and Wildlife Service, the first case of the court’s new term. The court’s decision could set a precedent for how America protects critical habitat for years to come.

The case goes back to 2014, when the timber giant sued the federal government after it designated a 1,544-acre parcel of land the company owns and leases in Louisiana as critical habitat for the endangered dusky gopher frog.

The question at the center of the case is whether federal agencies can require private landowners to protect habitat for a species that no longer exists on their property – but historically did and may again in the future.

Should the justices rule in favor of Weyerhaeuser and its co-petitioners, it could have ramifications for critical habitat designations going forward, and at a most critical time. Wildlife ranges and behaviors are beginning to shift as our climate changes, which means habitat boundaries are becoming more fluid.

It’s also why this case is being watched so closely by landowners, industry and conservationists.

The dusky gopher frog used to live across Louisiana, Mississippi and Alabama. When the frog was added to the endangered species list in 2001, all known members of the species were concentrated in a single pond in Mississippi. The Fish and Wildlife Service estimated in 2015 there were as few as 135 frogs left.

The geographic isolation makes the species more vulnerable to threats such as disease, low genetic variability, weather and climate disturbances. The only way to address such challenges is to expand available habitat by identifying and protecting areas to which these species could seek refuge.

That was the case in this instance when the government identified and designated “Unit 1” in St. Tammany Parish near New Orleans as unoccupied critical habitat.

Indeed, the Fish and Wildlife Service is required to consider how species will adapt to climate change when determining what’s essential for conservation. Making unoccupied habitat available can be a critical and doable solution, especially when landowners are provided incentives for improving wildlife habitat on their property.

The justices’ ruling will have impacts not just for the frog, but for countless other species that will increasingly look to unoccupied habitat for survival.

Weyerhaeuser and the other landowners who joined the lawsuit say the critical habitat designation could cost them up to $34 million in lost value. The federal government estimated economic impacts that ranged from zero to $34 million, depending on how the land was eventually developed.

Such economic burdens, some of which are real and some that may be perceived, can be addressed through policy solutions that spread economic impacts more equitably.

Such solutions already exist to reduce burdens on landowners. Weyerhaeuser itself has entered into Safe Harbor agreements for the spotted owl and red-cockaded woodpecker, supporting species recovery while reducing future regulatory requirements.

Thoughtful assessment of the real burdens of conservation – free from hyperbole and political machinations – is the first step toward reducing conflict around critical habitat. Whether we’ll achieve that could hinge on the precedent the Supreme Court sets over a single endangered frog.

Friday digests from our staff keep you up to date on the week’s events.

Thanks for subscribing to In case you missed it