Operation warbler: How Fort Hood and local ranchers teamed up to save a bird

An earlier version of this post was first published on EDF’s Growing Returns blog.

Let me take you to a ranch in the Texas Hill Country, where Dr. Gene Murph, an obstetrician by trade, operates an 80-head cattle operation on 1,300 acres of rangeland.

The ranch is vast, with rolling hills and wooded ravines. The only sounds are those of cattle mooing in the pastures and birds trilling in the trees.

If you listen closely enough, you can also hear the signature call of the golden-cheeked warbler – and you may even be able to spot the bird’s sunshine-yellow face.

The golden-cheeked warbler was listed as an endangered species in 1990, making Gene’s ranch a vital stronghold for the bird, which nests at select sites scattered throughout 33 counties in central Texas.

Another nearby stronghold for the bird is the Fort Hood Army Base, only a few miles down the road from Gene’s ranch and home to the largest-known population of golden-cheeked warblers.

Avoiding a battle over birds

A decade ago, Fort Hood served as a training base for troops preparing for deployment to Afghanistan and Iraq. As you can imagine, the potential for habitat loss was a constant possibility and, at times, a limit on training at the base.

The Army base needed a way to mitigate its impacts on the golden-cheeked warbler, and fast.

In partnership with the Texas Department of Agriculture and a coalition of other organizations, Environmental Defense Fund coordinated the development of a market-based credit exchange. It allowed Fort Hood to quickly obtain offsets from nearby landowners to counteract losses from live-fire training activities and troop movement through core habitat areas.

The program, known as the Fort Hood Recovery Credit System, enrolled nearby landowners with warbler habitat on their property in a competitive reverse  bidding auction, which worked as follows:

Over a three-year period, there were eight auctions, or bid rounds, conducted – one every three to four months – and there were 21 successful bidders out of a total of 44.

The Recovery Credit System was designed to connect buyers and sellers directly, putting mitigation dollars straight in the hands of participating landowners. Many of the practices that landowners adopted did not inhibit their operations or reduce revenue, so the conservation credit became an additional source of income.

Total revenue to Gene and the other 20 participating landowners amounted to nearly $2 million. 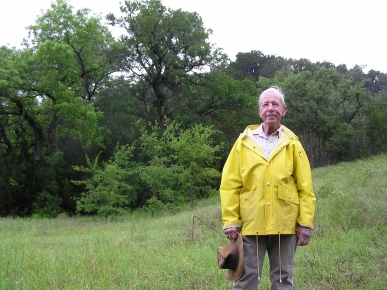 Getting more farmers and ranchers onboard

In addition to extra income from the 2005 deal, Gene also received funds to invest in his land in ways that benefited both the golden-cheeked warbler and his property.

These funds paid for fire management, gravel roads and cross fencing to improve access to and maintenance of golden-cheeked warbler habitat – all practices that either improved his cattle operations or had no impact on farm output.

There are hundreds, if not thousands, of other farmers and ranchers like Gene waiting for the right incentives to unlock the immense conservation potential of America’s working lands.

They, too, deserve this opportunity.

Glad someone is standing up for the habitat of living creatures!!