Electricity touches nearly everything we do, but most of us never contemplate what happens behind the scenes to make sure those electrons make it to our homes and businesses.

In California – just beyond the outlets, thermostats, and light switches – are more than 40,000 miles of interconnected power lines, some 1,000 generation facilities with more than 55,000 megawatts of capacity, and some of clean energy’s most brilliant women in the control room.

Karen Edson is one of them and she’s helping reshape California’s electric grid at a critical time.

A widespread drought and persistently high temperatures are taxing the state’s legacy energy system – from its hydropower to its intricate web of transmission lines. At the same time, record-levels of renewable generation are flowing into the grid.

Balancing such challenges and opportunities in the world’s eighth-largest economy requires resolve, fearlessness and an ability to build consensus.

With so much renewable generation serving summer peak demand, our system-wide reliability risks are lower.

Karen, a 30-year veteran in electricity industry policy and the vice president of Policy and Client Services at the California Independent System Operator (CAISO), believes California is on the right track.

“Because of all the solar energy entering the grid, our peak energy needs in the summer are lower,” she says. “So even though we’re in a severe drought, with so much renewable generation serving summer peak demand, our system-wide reliability risks are lower.”

Today, CAISO’s concerns are more focused on local areas such as southern Orange County and San Diego, which are affected by the closure of the San Onofre nuclear plant.

Karen’s job is not just to ensure the lights come on, but also to make sure that the grid is safe, reliable and – increasingly – clean. This requires flexibility and an ability to think out of the box.

California’s ambitious Renewables Portfolio Standard, which requires 33 percent of the state’s electricity generation to come from renewable sources by 2020, created a flood of new projects.

Tens of thousands of megawatts from new electricity were competing for space on the central electric grid, creating new challenges for California’s grid operators.

Guided by the standard, Karen played an important role as CAISO became the first grid management institution in the nation to develop a so-called policy-driven approach to transmission planning.

It means the organization continually integrates state policy goals into such plans to make sure new projects meet state-wide clean energy mandates. This approach has since been adopted in other states and at the federal level.

From oil crisis to clean energy

Karen came to the world of energy policy by way of the California State Capitol as a staff member for Sen. Peter Behr, a leading environmentalist. Deeply embedded in state policy during the 1979 oil crisis, she says she became fascinated with the interactions between energy and the Californian economy. 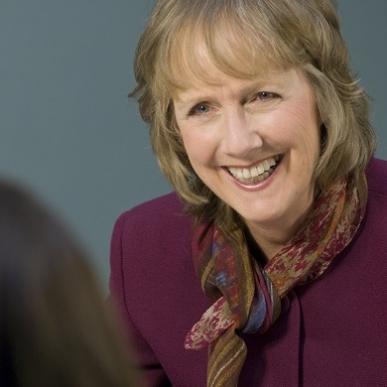 She ultimately landed a position at the California Energy Commission before moving up the ranks to become a commissioner herself.

In her years on the commission, Karen was an early pioneer for California’s clean energy leadership, becoming the lead commissioner on tax credits that supported solar and wind energy projects. She also presided over several siting cases involving geothermal, solar, and combined heat and power facilities.

In addition to her expertise, Karen has no lack of gumption. Describing the inception of the consulting firm she founded after leaving the commission, she demonstrates the same fearlessness she urges other female professionals to adopt.

“I was interviewing with several large corporations, but they just didn’t feel right,” she recalls. With a clear passion for energy, she wanted to stay focused on new and cleaner power sources. “So I did some homework and concluded, ‘Hey, I’ll start my own firm.’”

Today, this fearlessness serves Karen well in the world of grid management, where decisions are made that affect millions of people and a huge economy.

Transforming California’s complex grid into a flexible, reliable, and clean resource for all Californians is a task that requires true collaboration, for which Karen – and many women with her – has a true knack.

“I’m focused less on conflict and more on finding alignment,” she says. “I focus on listening, inquiring, not leaping to conclusions.”

Being a woman in a business long dominated by men, she says, is challenging but also an asset. So is a determination to build a cleaner, healthier future for our children and grandchildren.