Conservatives and the battle of the bulb: Three perspectives

By Dan Upham
Dan is a writer and editor at EDF.
Published June 25, 2013 in Economics 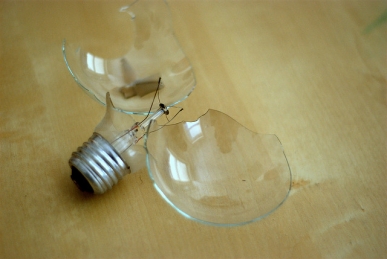 Energy-efficiency is, in theory, something that should appeal across the political spectrum. After all, who wouldn’t want their energy dollar to go further? But a recent study published in the Proceedings of the National Academy of Sciences of the United States of America (PNAS) came to a different conclusion: “In a real-choice context, more conservative individuals were less likely to purchase a more expensive energy-efficient light bulb when it was labeled with an environmental message than when it was unlabeled.”

Is this simply an example of “cutting off the nose to spite the face,” or is something bigger at play?

To find out, I asked three different Environmental Defense Fund staffers (a communications expert, an economist, and a social scientist) to weigh in on the study. You’ll find their perspectives below, and I encourage you to share your take in the comments section.

In addition to a personal resistance against “buying into” the environmentalist message, I imagine people living in conservative communities would anticipate some ridicule for buying a green product. Think of having a Prius when the rest of the driveways in your Texas neighborhood have big pick-up trucks: You would be seen as foolishly overspending and falling for a liberal pitch. This same obstacle might prevent conservatives from speaking out on environmental issues, or putting up lawn signs for pro-environment candidates. Of course, liberals respond the same way when their preferences might earn them scorn from their neighbors – imagine having a big pickup truck when all your neighbors in Berkley have Prius’s in their driveways.

Conservatives may also hear their partisan media saying these products are a sham: “CFL bulbs take years to pay back, give off ugly light, and contain mercury,” or “Electric cars often have higher life-cycle emissions than gas engine cars.” And some of these claims may be true, for all I know (I’m not an expert), so there could be rational aspects to the choice not to buy them.

Consider also that liberals are, in part, paying for the psychological benefits these products provided them, e.g., praise from their peers and family who view them as responsible consumers, self-esteem because they feel good about it, or payment of some psychological debt they feel they’ve incurred by being wasteful in some other aspect of their lives. Since conservatives don’t get these benefits, they won’t pay the extra upfront cost of a green product. In that sense, both are making rationale choices – to pay or not to pay depending on whether you are getting a psychological benefit.

In the end, it is a good thing for all consumers to make choices that save energy – they save money and society avoids the costs of pollution. So it’s important for companies to think of ways to present these products that appeal to the widest range of people.

Keith’s “identity” take is right on. There is a broad scientific consensus that identity matters in a way that motivates all sorts of behaviors that would appear irrational in isolation.

A good example comes by way of oPower, an energy management software company. A 2011 EDF analysis of more than 750,000 households across the country using oPower software concluded that, on a national basis, informational-based energy efficiency programs have driven individual household savings ranging from an average of 1-3 percent per year. Later, researchers looked at responses by self-identified conservatives and liberals. Among liberals, the savings were 3%. Conservatives reported a 1% increase in energy costs.

My reaction is that the eco-labeled light bulb at the high price point is “a bit too much” for conservatives. They know that the light bulbs are eco-friendly; they are happy to pay $1.50 when acquiring the product is not presented as a betrayal of their values (which is what they do in the unlabeled condition). They are also happy to buy the product when IT IS LABELED but it is cheap. It is only when it is very costly (three times the price of the incandescent) and it betrays their group that they say “ENOUGH!”

In addition, there is work showing that branding a product as eco-friendly or green is basically tantamount to branding it as a luxury good. So, if you are a conservative, say, in a traditional community, even if you are not particularly religious or particularly conservative, the idea of spending more on what is perceived as a luxury good is wasteful and unnecessary.

Rainer Romero is absolutely correct when he says that the main reason for conservatives not wanting to buy energy-efficient light bulbs is labeling them "eco-friendly".

As a self described conservative, I find my pro-environmental positions ostracizing within conservative circles so I can personally attest to the peer pressure we experience, notwithstanding the fact that the EPA was created under a conservative Republican administration.