By Steven Hamburg
Steven is EDF’s public voice for its commitment to science-based advocacy and is responsible for the scientific integrity of our positions and programs. His training and research specialty is ecosystem ecology, with a focus on forests.
Published May 31, 2013 in Science 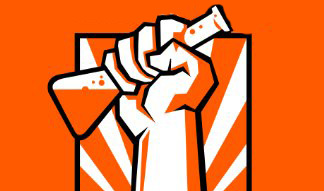 It is patently false to suggest, as Chairman Smith did, that there is a “great amount of uncertainty” regarding the fundamental science underlying our understanding of the drivers of climate change. Man-made warming has been confirmed repeatedly by the vast majority of scientific organizations including NASA, the National Academies of Science and the American Meteorological Society. A recent review also reaffirmed that 97% of peer-reviewed scientific publications that address the causes of climate change endorse the consensus that climate change is real and man-made.

Chairman Smith argues that since the U.S. decreased its greenhouse gas emissions between 2005 and 2012 we cannot be responsible for global greenhouse gas emissions. However, carbon dioxide remains in the atmosphere so long the U.S. is responsible for more of the warming we are currently experiencing than any other nation. In 2011, the United States’ emissions remained the second highest behind only China, a country with more than four times the population of the U.S.

The U.S. continues to emit significantly more greenhouse gas per person than does any of the larger nations of the world, the few smaller exceptions are major fossil fuel producing countries. The fact that the U.S. is not currently the single largest emitter is no excuse not to lead on addressing climate change.  The logic used by Chairman Smith implies that we should only ask the very largest emitters to clean up criteria air pollution or water pollution across the U.S. If we utilized that strategy our water and air would not have seen the improvements of the past 40 years, which have reduced death rates and restored the places we cherish.

He also discusses recent findings that temperatures have not warmed significantly in the past 15 years, which is not actually the case – rather several cooler years has reduced the rate of warming, as it has several times over the past decades of rapid warming. As EDF Vice President Nat Keohane recently wrote in response to this finding, this “underscores the fundamental nature of climate change — that we are creating dangerous uncertainties” and there are various explanations for this finding, notably that an unusual amount of heat has been stored in the deep ocean, rather than at the surface.

Chairman Smith also claimed that Hurricane Sandy was not caused by climate change. Scientists, including Kevin Trenberth of the National Center for Atmospheric Research, Bob Corell from the American Meteorological Society and Jeff Masters of Weather Underground and formerly of NOAA, confirm that Sandy’s damage was increased by rising seas, warming oceans, and was consistent with scientists’ climate predictions based on a warming artic. Just as we can’t say that steroids caused any one home run by Barry Bonds, steroids sure helped him hit more and hit them farther, and now climate change is increasing the likelihood of extreme of weather events, giving us weather on steroids.

Lastly Chairman Smith says that greenhouse gas regulations would hurt our economy. He does not account for the economic costs of inaction on climate change that many studies say outweigh the cost of action. Three of the most costly weather disasters in the U.S., Hurricanes Katrina and Sandy, and the 2012 Midwest drought, have happened in the past 6 years, costing $128 billion, $62 billion and $35 billion respectively. American taxpayers are footing a large portion of this cost including $12 billion from Sandy and $16 billion from Katrina under the National Flood Insurance Program, and $11 billion in crop insurance claims from the 2012 drought. These costs will only continue to increase as the effects of climate change become more apparent.

I appreciate that Chairman Smith is writing about climate change because it is a critical national debate. As chairman of the House Science Committee, however, he should start that discussion by acknowledging the most important and sound scientific facts: Climate change is real, it is caused by pollution from human activity, and it will become increasingly expensive for the U.S. and the world.

I just don't get this -- either the science is there to back this up or it isn't. Why is there such a discrepancy in this issue???

The science is there, but just as there was with tobacco producers telling us smoking is safe, there are large groups with lots of money funding and creating "confusion" to discredit the thousands of scientists around the world and thousands of research papers confirming man-made climate change and global warming. Why do oil & gas companies and their backers do this? $$$$

The fossil fuel industry has massive investments and billions in profits to protect. So, just like big tobacco, they fund deniers to delay actions that might diminish their prodits even though it will save millions if lives and billions of our dollars. Corporations are relentless, soulless profit seekers with no remorse ir conscience. Any employees who don't maximize the corporate profit and externalize consequences through lobbying and disinformation are quickly replaced by those will. This is the dehumanizarion of mankind.

Isn't that what home of science should be -- a sound science?

nice thread. thanks for sharing that information. it was very informative.

It is interrsting that small Baltic country - Lithuania is among the best educated EU citizens (more than 90 percent of Lithuania's citizens have secondary or higher education), moreover, the most multilingual people in EU (90 percent of citizens speak at least one foreign language). Lithuanians also innovators and authors of world-scale inventions (biotech, lasers). So I think it would be very interesting to visit this country and maybe establish bussiness in it.