By Graham McCahan
Graham is a staff attorney with our U.S. Climate and Air legal team.
Published May 21, 2013 in Health 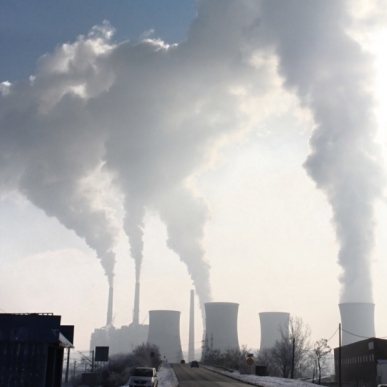 Recently, attorneys for the Environmental Protection Agency urged the U.S. Supreme Court to review a decision of the D.C. Circuit Court in a case called EME Homer City Generation. In that case, the attorneys said, the lower court “committed a series of fundamental errors that, if left undisturbed, will gravely undermine the EPA’s enforcement of the Clean Air Act.”

In EME Homer City Generation, which was decided last summer, a divided court overturned the Cross-State Air Pollution Rule, one of the EPA’s most important (and cost-effective) clean air programs. It is designed to reduce harmful smokestack pollution from power plants, which can drift for hundreds of miles and adversely affect distant communities.

The rule, once put into practice, will save up to 34,000 lives per year and provide $110 to $280 billion per year in net health benefits. Without it, millions of people and entire communities will remain exposed to dangerous levels of pollution.

Nonetheless, numerous power companies and several states had challenged the Cross-State Rule in the D.C. Circuit. In the court’s 2-1 decision, the majority said that EPA exceeded its authority under the Clean Air Act because the Cross-State Rule might have made the air too clean in some communities that are afflicted by harmful air pollution from other states. The ruling essentially gives upwind states the right to send large amounts of smokestack pollution to downwind states and communities, so long as the level of air pollution in the affected downwind communities meets EPA’s standards. In other words, downwind communities do not a have a right to truly clean air, just air that is “clean enough.”

The majority also found in the Clean Air Act several “red lines” preventing EPA from reducing harmful interstate air pollution, despite the fact that none of those “red lines” appear anywhere in the text of the Act itself.

Appeal to the Supreme Court

In asking that the Supreme Court review this decision, the EPA is essentially asking for the right to implement the Cross-State Rule, and to fulfill its Clean Air Act obligations. EDF, along with the American Lung Association, Clean Air Council, Natural Resources Defense Council and the Sierra Club have also filed a petition seeking Supreme Court review and a reversal of the D.C. Circuit decision. The clean air safeguards of the Cross-State Rule need to be restored.

A fair and reasonable demand

“It is a fair and reasonable demand on the part of a sovereign that the air over its territory should not be polluted on a great scale by sulphurous acid gas, that the forests on its mountains, be they better or worse, and whatever domestic destruction they have suffered, should not be further destroyed or threatened by the act of persons beyond its control, that the crops and orchards on its hills should not be endangered from the same source.”

Judge Judith Rogers, in her dissent in EME Homer City, expressed similar concerns about the citizens of downwind states, who face air pollution from “persons beyond [their] control,”  which is precisely why the Cross-State Rule is needed.

The rule, if applied, would do no more (or less) than safeguard the air quality of millions of Americans who depend on EPA to protect them from pollution that comes from beyond the borders of their own states.  No wonder, when the U.S. Government called for the Supreme Court to review and reverse EME Homer City, they warned that, should the decision stand, it would “seriously impede the EPA’s ability to deal with a grave public health problem.”