Give Mom a Reason to Fight this Mother’s Day

By Dominique Browning
Dominique is the co-founder of Moms Clean Air Force and its lead blogger. She is a writer and editor — and the mother of two sons. She writes regularly for the New York Times Book Review, and contributes to W, Wired, Whole Living, and Good Housekeeping, among other publications.
Published May 10, 2013 in Climate 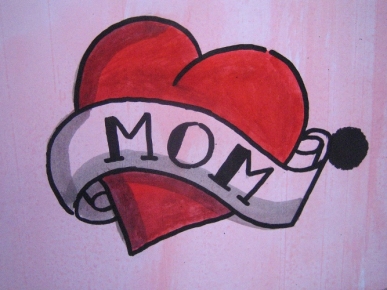 Now is not the time to be judgmental about the paths we each choose to fight climate change, except for only one option: doing nothing. That’s not acceptable. Instead, I propose that we fight with our mothers…about something important.

In honor of Mother’s Day, I’m thinking about how important it is for mothers to be fighting with their daughters and sons — and vice versa. There’s more power in sharing power, and if we fight with our mothers, alongside our mothers, together we have a better shot at successfully defending our kids’ right to clean air.

Moms Clean Air Force, of which I’m the co-founder and senior director, harnesses the strength of mother love to fight back against polluters, and is just at the beginning of what we know is going to be a long journey. But already it reminds me of being a feminist during my student years in the sixties and seventies. It really meant a lot to me, when I was fifteen and attending consciousness-raising sessions, that Grown Up Women—women my own mother’s age—were leading the way, making demands for parity and equality and true personhood; that they were unafraid, and outspoken, and passionate, and clear about what was and was not acceptable in the way women were treated; that they believed in a different future.

We believe in that too. The best solution to feeling depressed about the future is to unite—and take action. If, as just one small example, we can protect the mercury regulations (MATS) that were passed last year and are now threatened by legal assaults, we will do more to cut carbon emissions than we would by stopping the Keystone pipeline.

Before too long, it is our daughters and sons who will be running this country. They’ll do a better job of it if we show them, by working right alongside them, that sometimes, being a good mother means being an engaged citizen. So go ahead. Roll up your sleeves, and get into a good fight with your mother.

After you’ve given her flowers, of course.