Four years in the making: The big U.S. Climate Review

By Graham McCahan
Graham is a staff attorney with our U.S. Climate and Air legal team.
Published April 16, 2013 in ClimateEconomics 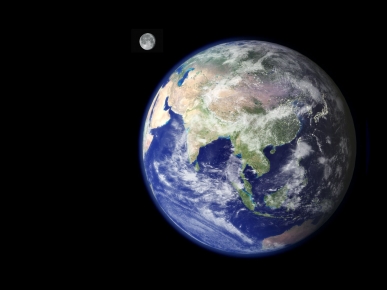 (Note: This post was co-written by Graham McCahan and Gernot Wagner.)

Congress may be ignoring climate change these days, but there are laws already in place that make progress possible, right now, on this defining issue.

Take the Clean Air Act. Under it, the President has begun to use his authority – as confirmed by the U.S. Supreme Court – to regulate greenhouse gases in a serious way.

The Global Change Research Act is another, lesser known law that could have a major impact on the national understanding of what climate change is doing to our world.

Congress passed the Act in 1990 to provide for “a comprehensive and integrated United States research program which will assist the Nation and the world to understand, assess, predict, and respond to human-induced and natural processes of global change.” What that means, in part, is that the government must prepare a National Climate Assessment every four years. The next report is due out this June.

April 12 was the deadline for public comments on the draft report.

A lot has happened since the last assessment in 2009. The country has begun to experience the effects of climate change: droughts, floods, heat waves, two hundred-year storms hitting New York City within two years. The abnormal is becoming the new normal. (True, no single such event can be conclusively linked to the fact that the average American emits carbon dioxide equal to his body weight every day and a half. But that’s like saying that no single Barry Bonds homerun or Lance Armstrong Tour de France win can be linked to doping.)

This year’s quadrennial report should set the standard as an analysis of these phenomena. Thus far, the draft assessment, written by some of the nation’s leading scientists and experts, is rich in sobering data and analysis on things like extreme weather and the damage it is causing. But its consideration of the economic impacts of climate change – the enormous and rising costs — is scattershot and incomplete.

For example, the draft report shows that the 2011 Texas drought cost farmers and ranchers in that state over $5 billion. And it tells us that wastewater utilities will have to spend between $120 billion and $250 billion by 2050 to adapt their infrastructure to a changed climate. But the draft makes no attempt at a rigorous estimate of the costs of climate change, or the rising costs of inaction in the face of it.

Between now and June, this weak spot needs to be shored up by the report’s authors.

EDF, in its official comments to the National Climate Assessment, is urging that it incorporate all relevant information on the economics of climate change, whether from the federal government or the private sector. That’s the only way to get a handle on the costs that climate change is levying on each and every one of us.

1) Damage to federal property and infrastructure, and associated adaptation costs.

3) Costs related to providing assistance to state and local governments to respond to local climate impacts.

Material like that should be included in the final assessment.

The same holds true for data from the private sector. In a recent report, the world’s largest reinsurance company, Munich Re, analyzed the costs of severe weather in North America. It found that the number of natural catastrophes escalated from 1980 through 2011, as did the losses for weather-related events during the same time period – both insured and uninsured. The total losses from weather catastrophes over these three decades exceeded $1.06 trillion. About half, $510 billion, were insured losses. The rest wasn’t. All of it was ultimately born by all of us – whether in increased taxes or insurance premiums, or directly out of our wallets.

The Global Change Research Act compels the government to make a definitive assessment of what climate change is doing to the nation’s health and welfare. In that spirit, the National Climate Assessment, when it is released in June, should strive to be the last word on the issue – to set the terms of the debate.  And let’s hope it also helps move our elected leaders to action.