Skip to main content
Unlock your $1-for-$1 match. Donate now

By Keith GabyFollow
Keith is an Associate Vice President of communications at EDF.
Published April 12, 2013 in ClimateOceansScience 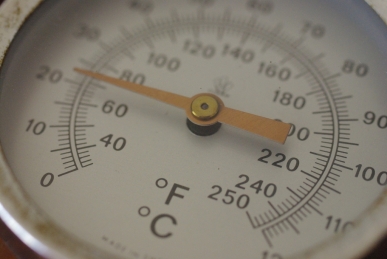 Here’s an update on an issue recently discussed here on EDF Voices. The Economist magazine reaffirmed, again, that our climate is warming due to greenhouse gas pollution, but they also pointed to a curious question within that larger trend. Why had steadily rising atmospheric temperatures plateaued in the last few years?

It was still hot – eight of the nine hottest years on record were in the last decade – but the increase seemed to have paused. In other words, our highly complex climate system was behaving just about as climate scientists had been predicting, but this was an exception. And now some scientists think they have figure out that wrinkle.  Here’s how USA Today reported it:

“A recent study found that heat absorbed by the world’s oceans has increased significantly over the same period, prompting the study co-authors to say that the warming has been diverted and is heating the oceans instead of the atmosphere. The study was published in the journal Geophysical Research Letters, a publication of the American Geophysical Union.”

We’ll see what other scientists in the field have to say about that research. The details of climate change and global warming remain a fascinating field of study. In the meantime, we non-scientists need to figure out how to solve our political problem.

On December 3, 2012, The Global Carbon Project, comprised of 35 climatologists from 10 countries, reported that under “business as usual,” “emissions are heading to a 4.0 to 6.1 degree C ‘likely’ increase in temperature.”

The public has not been properly informed by the media about global warming so the problem has been incorrectly framed for decision-making.

A workable plan to transition to clean energy is proposed at:
http://www.globalresearch.ca/the-climate-bomb-failures-to-confront-the-…
@Abettervision

GLOBAL WARMING MAY NOT BE MAN MADE

Dr. Larry Vardiman (scientist and physicist) of the Institue for Creation Research says:

"One possible scenario may be found in a recent series of articles by Henrik Svensmark and Nigel Marsh, cosmic ray specialists from Denmark, who have shown an indirect connection between galactic cosmic ray (GCR) intensity and global temperature.7,8,9 They are studying the influence of the Sun on the flow of GCR to Earth. The Sun's changing sunspot activity influences the magnetosphere surrounding the Earth permitting more GCR to strike the Earth during high periods of activity.

When the Sun is active, the intensity of GCR striking the Earth is increased, causing more ionization in the atmosphere, creating more carbon-14, and possibly creating more cloud condensation nuclei (CCN). This increase in CCN, in turn, appears to create more low-level clouds which cool the Earth. When the Sun is quiet the GCR intensity striking the Earth is reduced, allowing the Earth to warm. Svensmark and Marsh have shown a striking statistical correlation between sunspot activity and global cooling and warming over the past 1000 years.

The recent rise in global temperature may partially be due to current low solar activity supplemented by a recent increase in carbon dioxide concentration measured at Mauna Loa. The connection which still needs further study is the production of CCN and clouds by GCR."

There is a good deal of science showing that global warming is not mad made. Yes, we still should have pollution controls, as we already do, but not to the extreme because it will unnecessarily hurt business.